Though I know I sit in the particularly impatient group of personality traits, I have to admit that I decorated this room at such a speed, even for me. The mixture of excitement and needing a distraction from what has been happening in the world the last few months has meant I have thrown all my attention into creating this little space. Even if it is a space that still has many months until it will even be used!

I didn’t plan how this room would look before I started it. Normally Si an I put a few ideas together of how we want a room to look before we start anything. This room was different as it just evolved this way and I actually expect that elements will change over time depending on how the space is used. For example I have put an old chair in the nursery for now which is aesthetically pleasing, but will I care about aesthetics when I’m trying to settle a baby at 3am? Probably not! It feels like such a long time since I had a baby (it has been 6 years) and I feel so out of touch with what babies need. I hope it will all come flooding back to me! 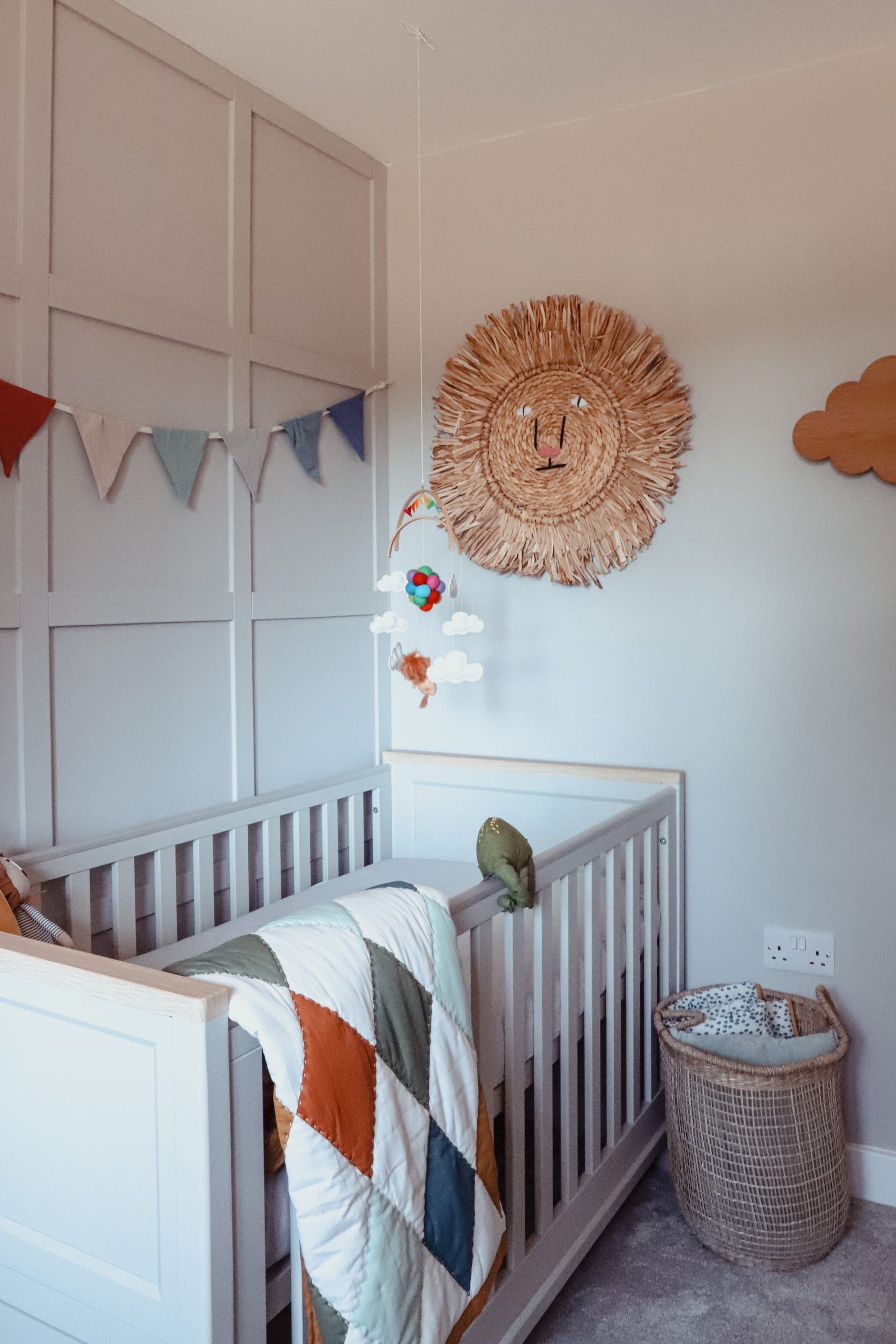 Its no secret that I’m a huge fan of panelling over here but our last house meant I couldn’t have it. There were beautiful beams running across almost all of the walls and it really didn’t need any further ‘interest’ to be added. So I jumped at the chance when we moved here to have panelling. As it was something new for me I wanted to put it in the smallest room first. (Though I now want it everywhere!) We found a local carpenter to do it for us and it cost less than £200 to do. It only took him a few hours and it was so hassle free this way. Though of course I am sure it would cheaper to do it yourself and it did look easy enough to do but I didn’t want to risk getting it wrong.

The walls are painted in Farrow and Ball Pavillion grey. We painted the room before I started looking at furniture. I may have chosen I different shade had I have known I was going to have the Mamas and Papas Lucca* range in here as I feel that it is very grey but it works as a great base colour and gives the room some versatility should I wish to change things later on.

Decorating this room has opened my eyes to all the amazing small business’ that sell children interiors. I don’t remember there being so much choice when I had the boys all those years ago. There has been an element of the magpie effect and I have wanted to buy absolutely everything! I still feel like the room needs a little shuffle around of things and the wardrobe needs filling with cute baby clothes too. It currently houses about 30 white sleep suits and not much else! 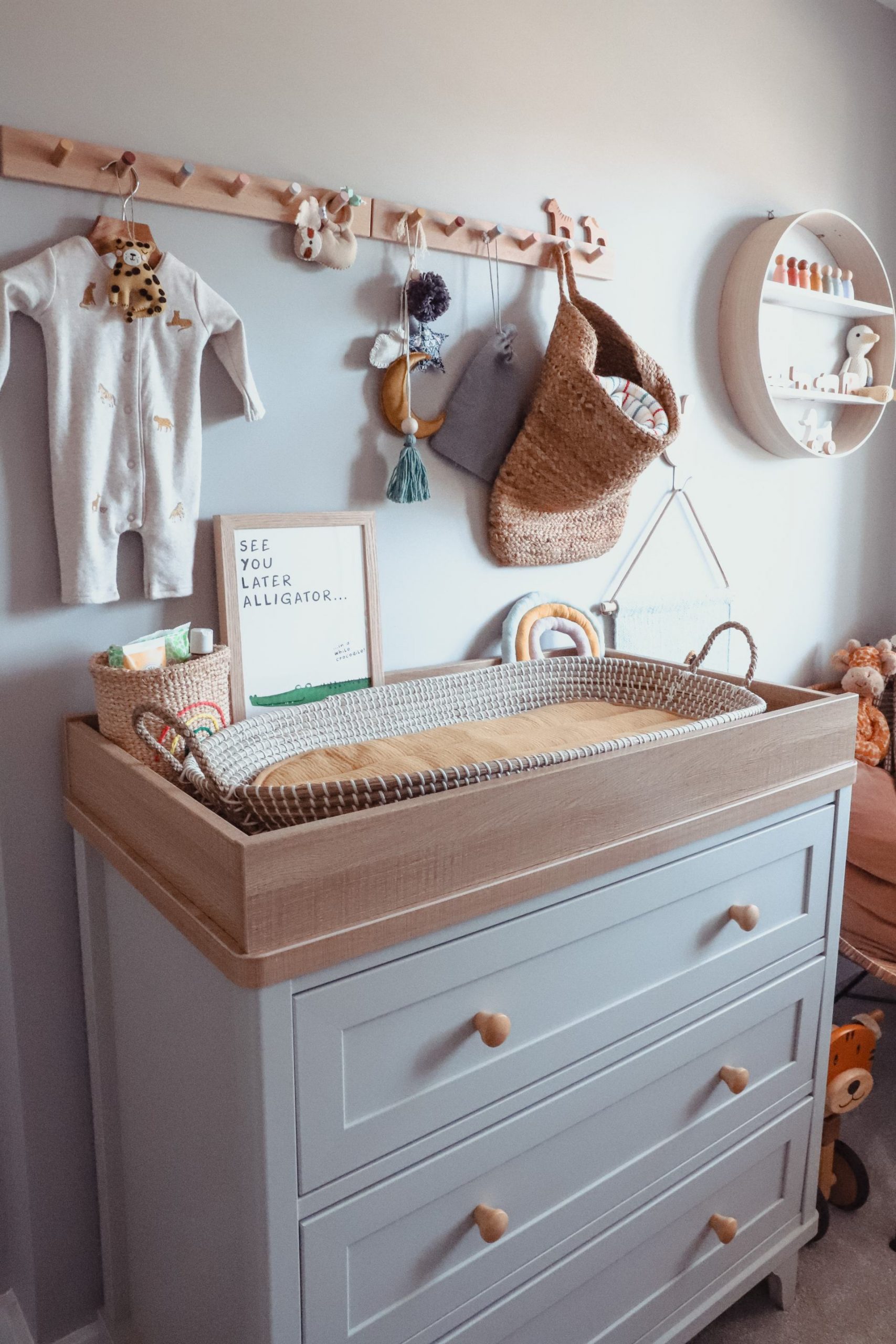 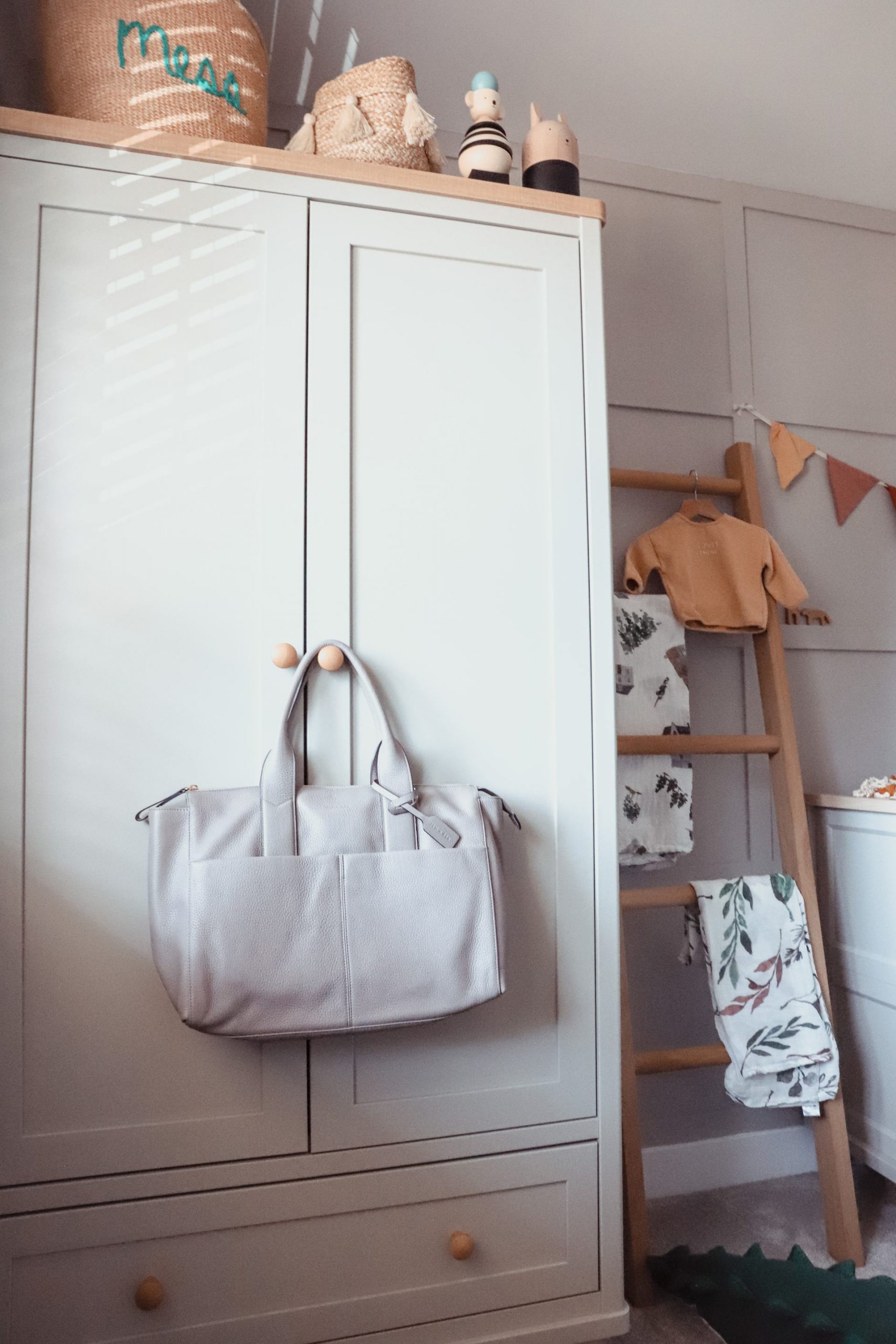 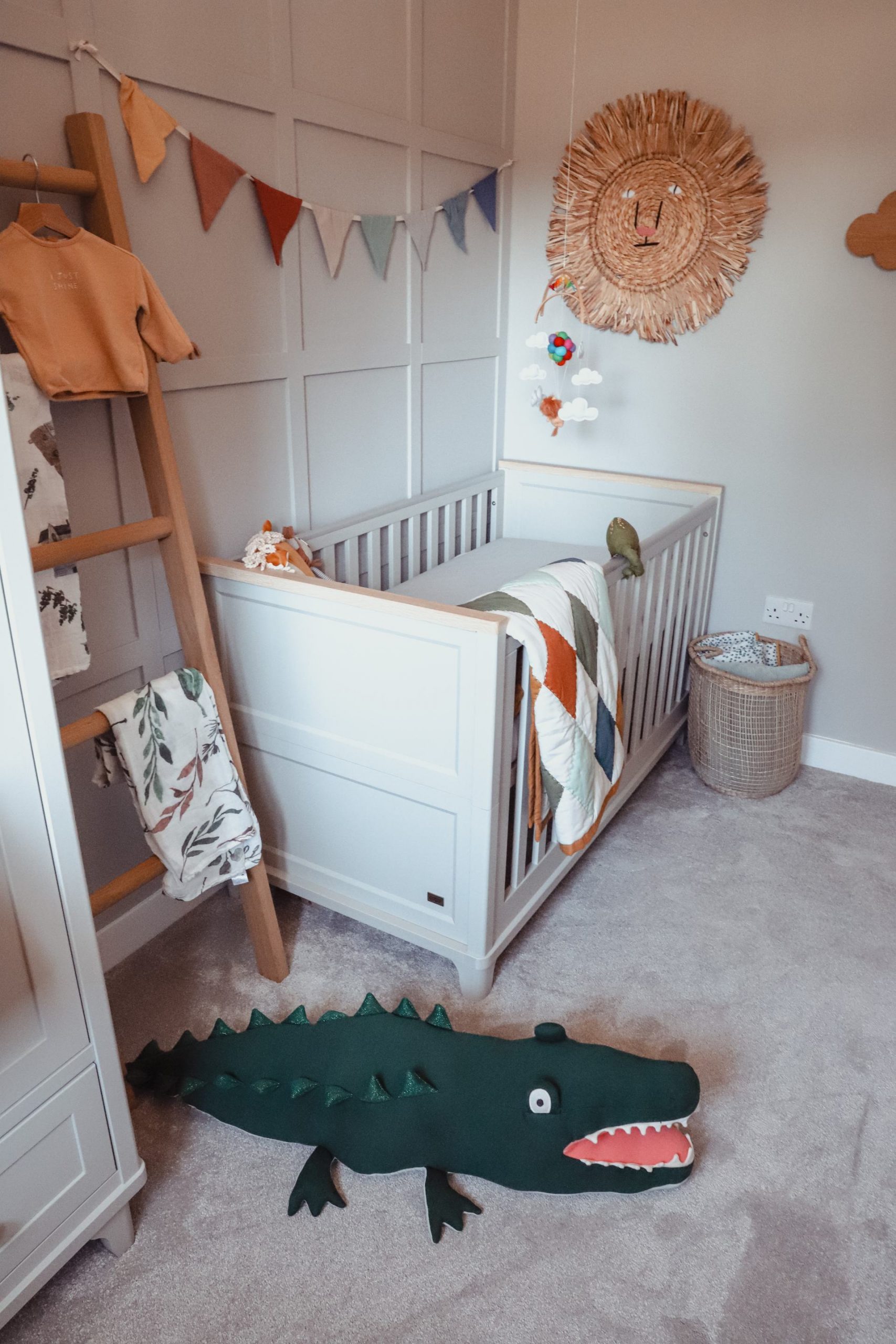 There isn’t much more I will add to this room now until the baby arrives in August as I want to wait and see how the space is used. I think I will want to add some storage for books further down the line which may mean the ladder and chair are taken out of this space.

Let me know what you think of the room so far!