It is probably for the best if I start at the beginning. Unfortunately this isn’t a short story to tell and I have a feeling this post will be one where I just pour my heart out into it and you (reader) will no doubt be uttering ‘get to the point’ at every paragraph you read.

In February 2018 (I told you it was going to be a long one) Si and I had very brief discussions about putting the house on the market. This is basically how every house moves starts fo us. I absolutely did not want to move house at this point and before I knew it Si had booked a valuation. He was keen to see what the house was worth after all the work we had done in the previous three years. Out of all the houses that we have owned in the past, the idea of selling this one sat really uneasy for me. This style of house was all I had ever dreamed of owning. That fireplace, those beams, it really was so so pretty and we had been so happy there. 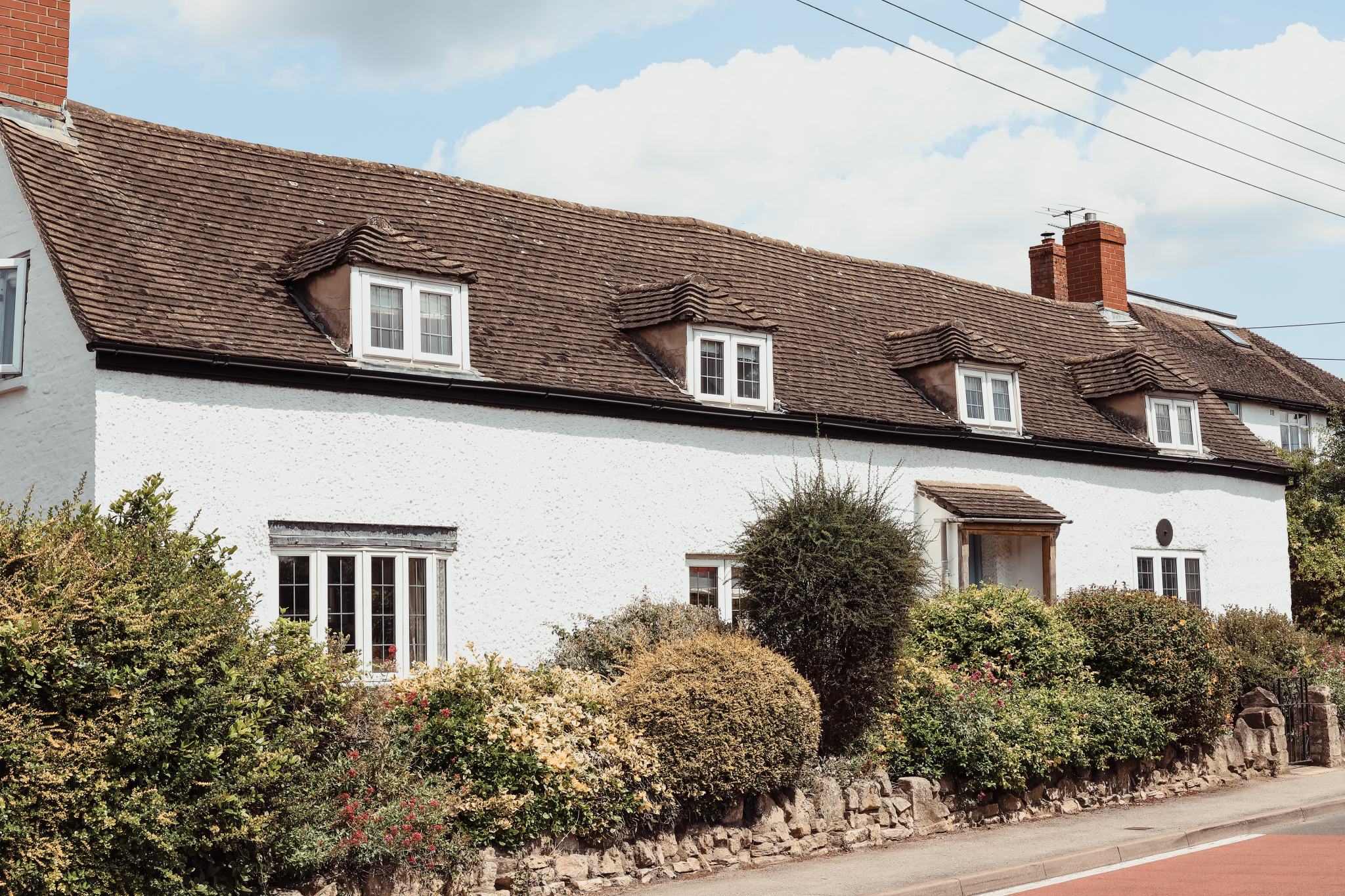 The next week or so was a bit of a blur. Before I really realised it, the house was on the market and we had viewings almost immediately. I started to Rightmove search and found loads of amazing projects. Even ones as big as unconverted barns and I let my imagination run away with me. Moving house was something that I did a lot as a child and this was our fifth house together as a couple in 10 years (The first two were rentals) so no part of the process was alien to me and as a result I was able to just go into autopilot and not give any of it much thought at all.

Within weeks we had sold.

During this first month of being on the market Si had started to apply for new jobs and was interviewing. Though the positions he was applying for were a sizeable commute away, we had agreed that he would do the commute and we would still be staying in the Cheltenham area as that where all our friends and family are.

After agreeing our sale our buyer lost her buyer and she asked if we would stay off the market for her while she tried to resell. Being as I hated viewings on the house, a wet and extremely cold March meant piling two dogs and two boys into my car and driving around or to the nearest dog friendly pub to hide out for an hour, we agreed to stay off the market. (I would never recommend anyone do this. I think we had blind faith that people are good but it was such a mistake) Our buyer sold again after 3 weeks and reoffered on our house. (At this point in the story she is still very much a good guy)

Whilst this was happening Si accepted a new job which was an hour and a half commute each way. We made the decision to start looking at different areas to see what property we could afford that would make the commute shorter. I still felt really uneasy about the idea of moving somewhere new. I have lived in Bournemouth, Falmouth and London as an adult but since having children the idea didn’t appeal to me as much. However Sonny hadn’t yet started school and I felt like if this was something that we were going to consider then the time was most definitely now.

We viewed what felt like everywhere. One day we viewed 10 properties across Oxfordshire and I came home unable to remember which one was which. We viewed Farnham, Fleet, Camberley, Hartley Whitney, Hungerford, Wokingham, Newbury, Wantage, Didcot, Crowthorne, Henley-On-Thames, Marlow – the list really was endless.

We offered on a fixer upper in Farnham. It was on a busy road and was only a two bed but the neighbours had extended and recently done a loft conversion and we were confident we could do the same. We took the boys to see this property and I wish I had never done that. It was a victorian house which looked like it had never been updated, ever. When I say it was filthy I really mean it. The carpets smelt of urine and to two small boys would have looked like something out of a horrid histories book. I completely forgot that they, of course would not understand that it would be transformed. Harbor was only 3 months old when we last had a project so neither of them would have any memories of life in a renovation. Though I tried to help them visualise it and really made the local parks exciting, I think that first house stuck with them and made an impact on the whole process for the next year.

It didn’t really matter anyway as a few weeks later our buyer decided she didn’t want to move house at all. Withdrew her offer and took her house off the market. Something that I believe our agents had an idea was going to happen but decided to keep us in the dark until the last minute. I understand they were probably either hoping for the best or trying to save the sale but with everything being so sensitive with the children we would have preferred all the information so to try to manage everyones expectations a little better. I had two very emotional boys who didn’t know if they were coming or going and it was becoming more and more apparent that a move before Sonny started school was unlikely to be the case.

We came off the market.

Everyone was completely frazzled. Sonny had now started school and Christmas was approaching. There was just so much change going on and living in limbo was wearing really thin. The long commute was having such an effect on Si and the boys were missing him terribly. (He was always gone before they were awake and home after they were asleep during the week.) Life wasn’t really much fun at this point. We had also lost Wilf our Basset hound a few months prior to this and my mum had been diagnosed with breast cancer. In short 2018 really was shit.

I had however by this point got my head around the idea of moving away and although I still felt very sad about it, all the ups and downs of the previous year made me just want it to happen so we could move on.

We decided to go back on the market in February and had sold by late March. I want this part of the story to be more upbeat after the last paragraph of doom but our sale process was just horrendous. We nearly lost the sale several times and I just felt like we couldn’t tell the boys what was happening one way or another until the contracts were exchanged. It meant that even on the boys last day at school they couldn’t really say goodbye to their friends as I just didn’t know if the sale was going to complete or not. Regardless of the unknowing we all stood and cried in the playground on that last day.

Obviously it did complete two days after they had finished. The weight of guilt from the whole process has been so unbearable at times. My priority is absolutely always their happiness and I know children are resilient but I just didn’t want them to have to experience the last 18 months the way they have. 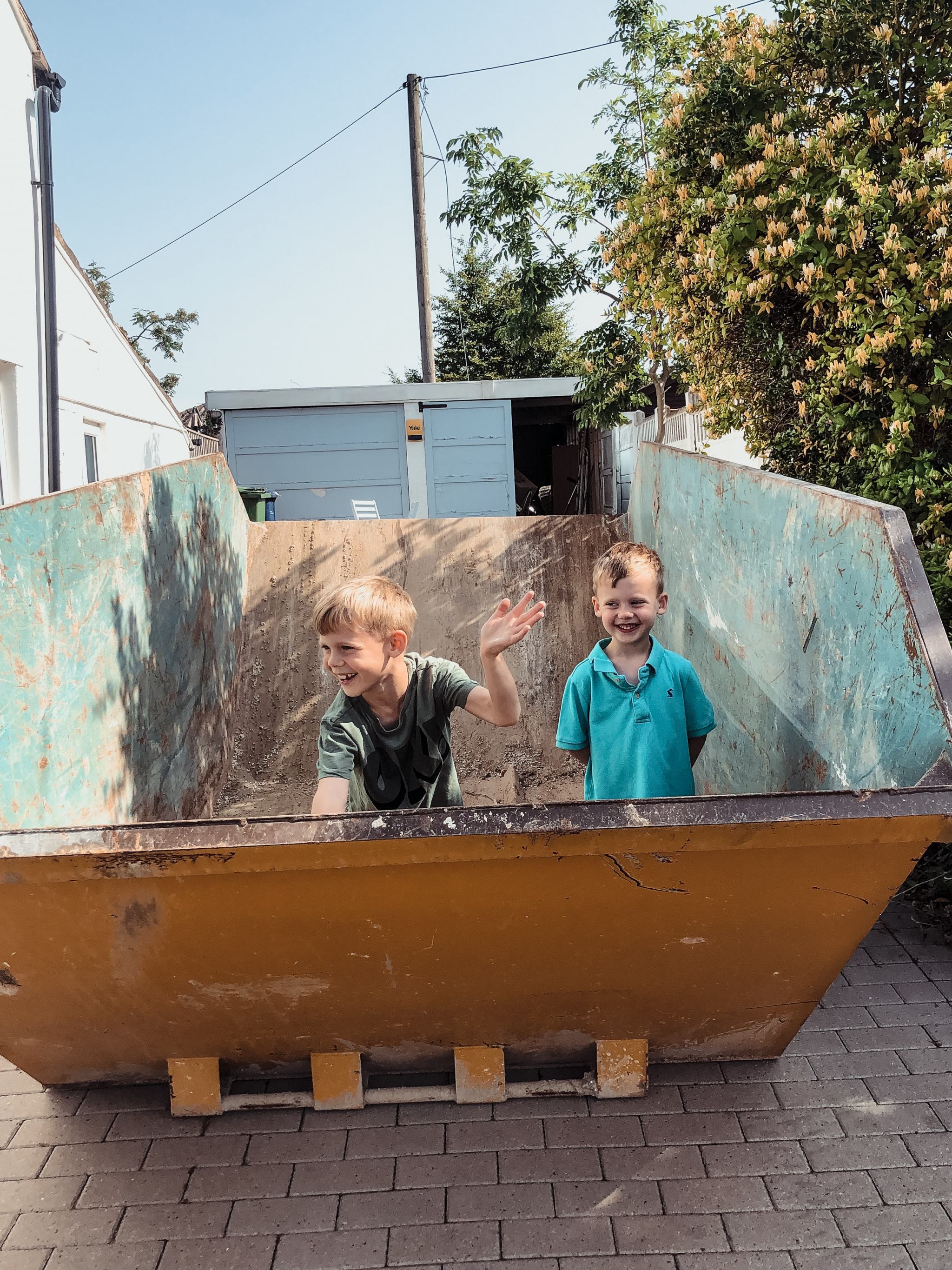 This is the sole reason we decided to buy a new property. I absolutely didn’t want to make any more time about the house. I felt the boys really needed a place that didn’t require any of our attention anymore. This doesn’t mean I won’t be changing things but it means I don’t have to. I still feel so overwhelmed about it all and I am not sure when it will really feel like home. The next few months are about getting the boys settled, helping them make friends and then I may sit down with a cup of tea and process it all for myself!

I am hoping to do another blog post all about our new house. What I love about it and the plans we have I just wanted to share this part of the journey first. Sorry for the rambling blog post!