Oh wonderful Cornwall with your endless beaches. It might not have been the best weather last week but that didn’t stop us having an amazing break away as a family. We didn’t realise it at the time but oh how we needed the time off.

Saturday morning we had our alarms set early and everything was packed and ready to go. When we heard two boys running into our room we thought it was through excitement but it turned out Sonny had put Lego in his ear. I mean really put it into his ear. To cut a long story short, two hospitals and the talk of surgery later they finally managed to get the lego out. So we were off!

With the car packed to the brim and dogs nestled in the boot, we started our 4 our drive down to Cornwall. One hour into the drive Si suddenly became really unwell and we ended up calling an ambulance for him at a services just off the M5. I cant even explain my anxiety at this point, trying not to faint and make the whole thing about me I pulled myself together. Si was taken off to hospital while I drove everyone else home. Finally joining Si at Bristol Royal Infirmary a few hours later to sit with him on his 5 our wait for test results. It was nothing short of a nightmare. Luckily he was fine and we made the decision to turn all of our bad luck around and drive to Cornwall that night.

Until we realised I had broken the boot on the car and it wouldn’t open. You couldn’t even make this stuff up. At about 8pm (after our day starting at 7am in Cheltenham A&E) we started our drive down to Cornwall and thats where all the bad luck ended. For those of you here to hear about the holiday you will be relieved. 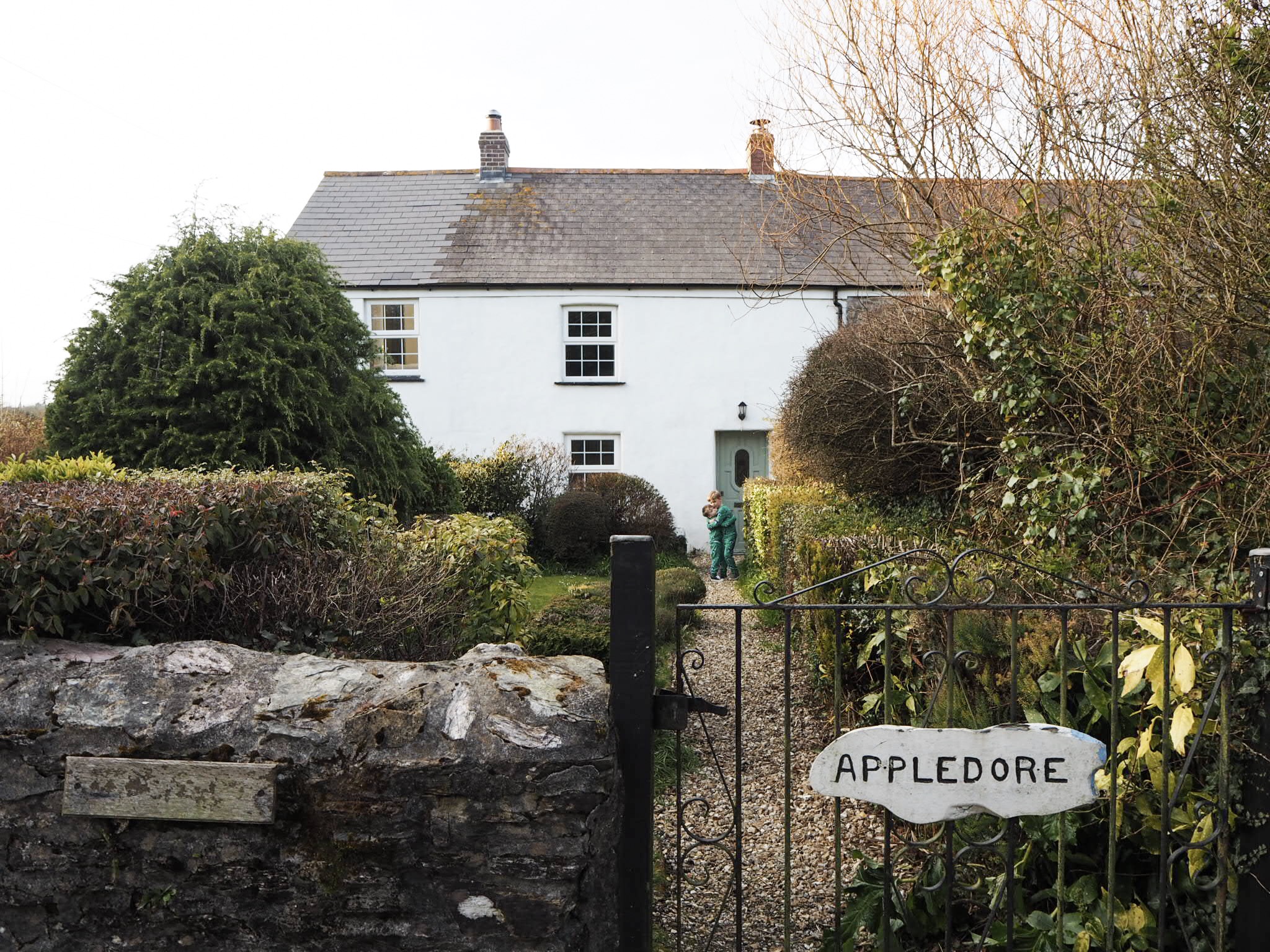 We were staying just outside Redruth and our cottage was booked through Sykes Cottages. The cottage we stayed in had three good sized bedroom’s and allowed up to two dogs. This was our first holiday taking the dogs with us and I absolutely loved it. I have no idea why we haven’t done it before. I think out of all of us the dogs were the ones who had the greatest time. (Neither of them had felt sand beneath their paws before!) The dogs weren’t allowed to be left in the cottage and I was nervous that this would be limiting but they were so well behaved on our days out I needn’t have been worried.

Our cottage was so homely and the owners had added some really thoughtful personal touches. We arrived to Easter eggs, a bottle of wine and fresh eggs from the owners farm. The cottage had a washing machine and tumble dryer which made me do a little happy dance when we arrived. I really loved having a log burner along with a DVD player for those cosy evenings too. 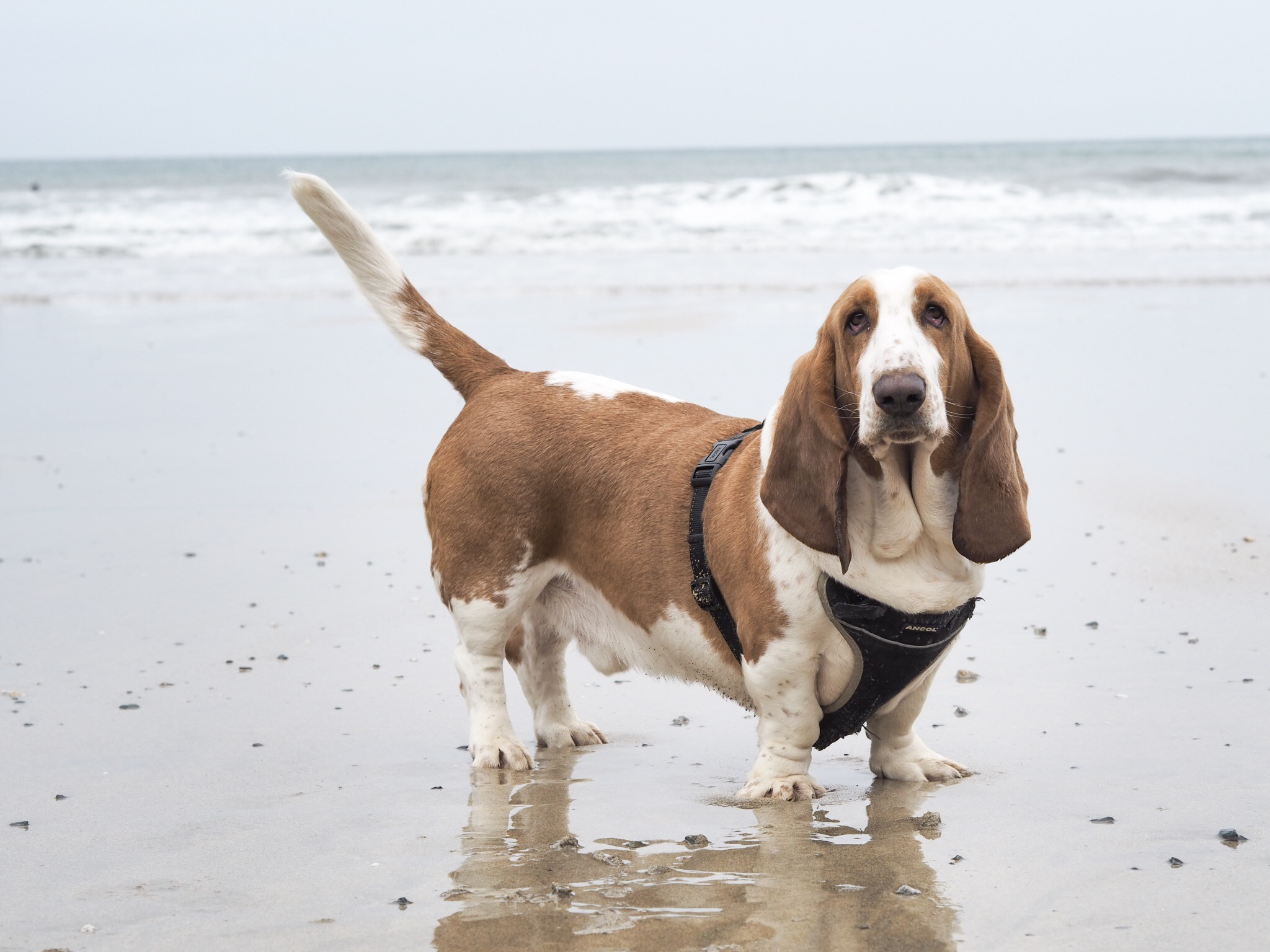 It is worth baring in mind that some beaches in Cornwall have a seasonal dog ban from Easter Sunday through to September. However we visited St Agnes, Crantock and Newquay which all allowed dogs throughout the year. Crantock was my absolute favourite beach and I could have happily stayed there all day. Though Pigeon had a little encounter with an English bulldog which knocked him down a peg or two and was a little sheepish for the rest of our time on the beach. (He is always the first to be bossy to other dogs so it was funny to see him act like this. Don’t worry he wasn’t hurt.) 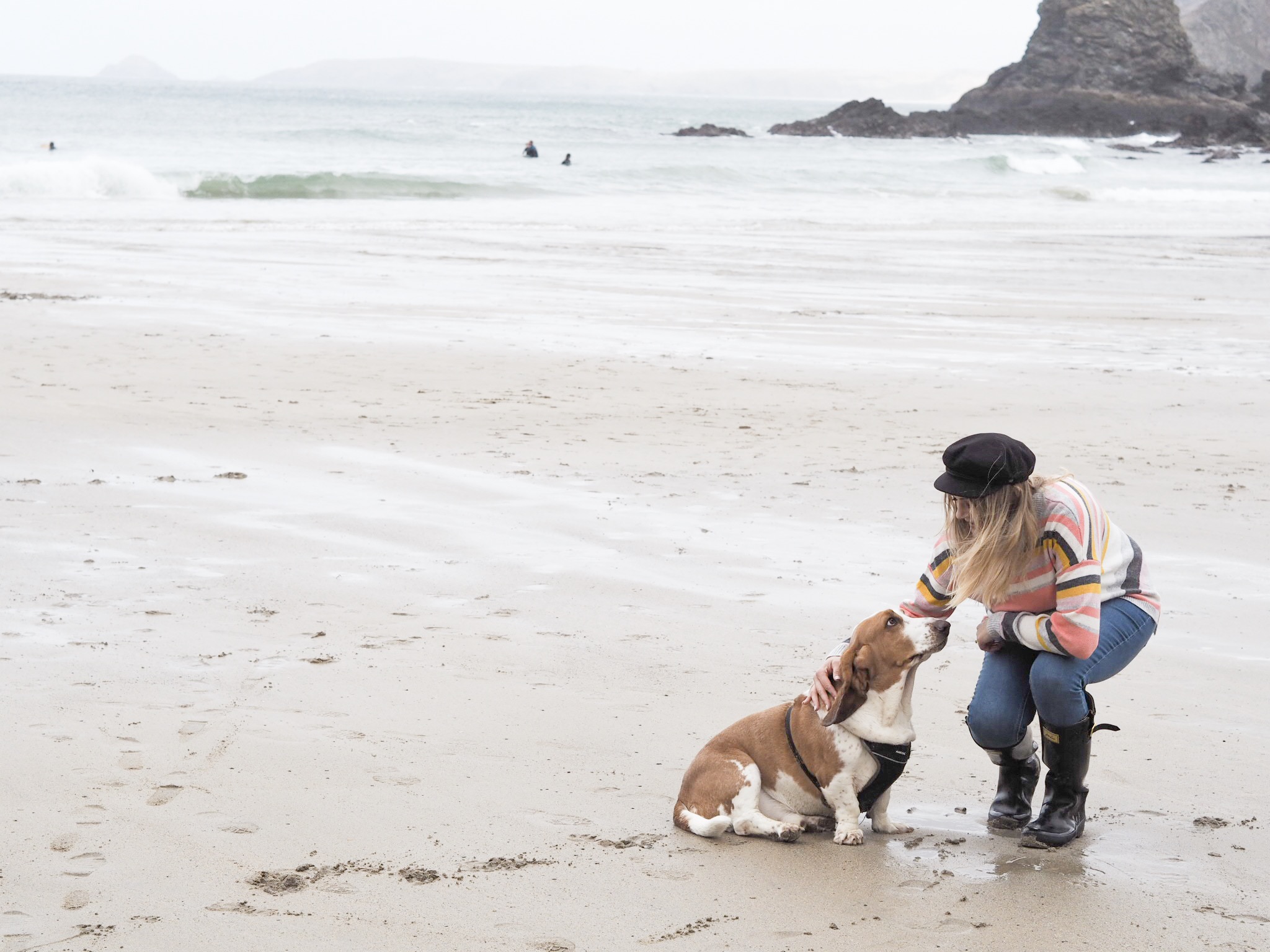 Cornwall is a very dog friendly place, with most pubs letting them in. This meant most days we would go for a walk around the towns/villages in the morning then pop to a pub for either lunch or a drink. Then in the afternoon we spent time on a beach endlessly looking for shells and building sandcastles. We ate our dinner back at the cottage most evenings because we were all so exhausted from being outdoors all day. 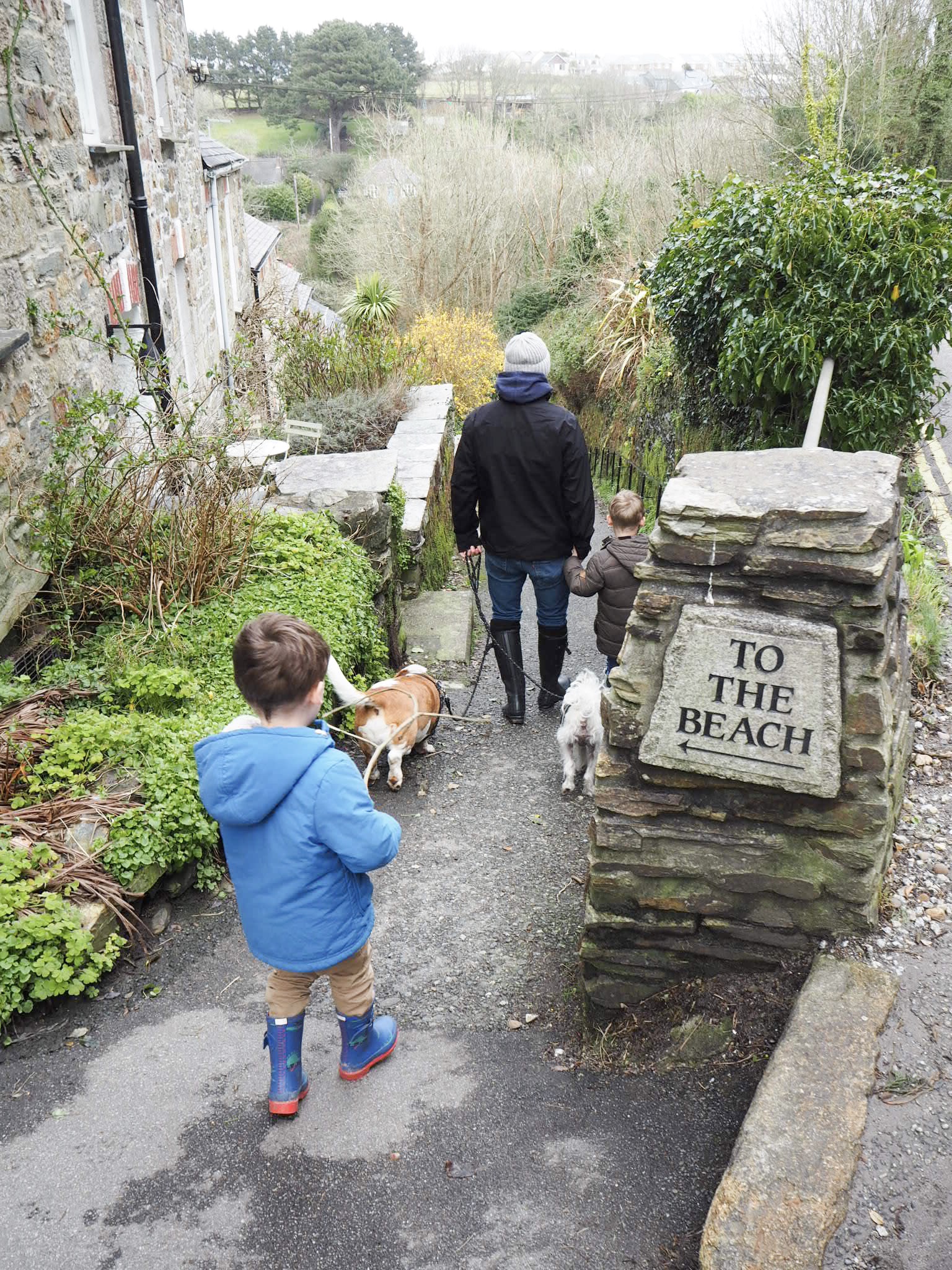 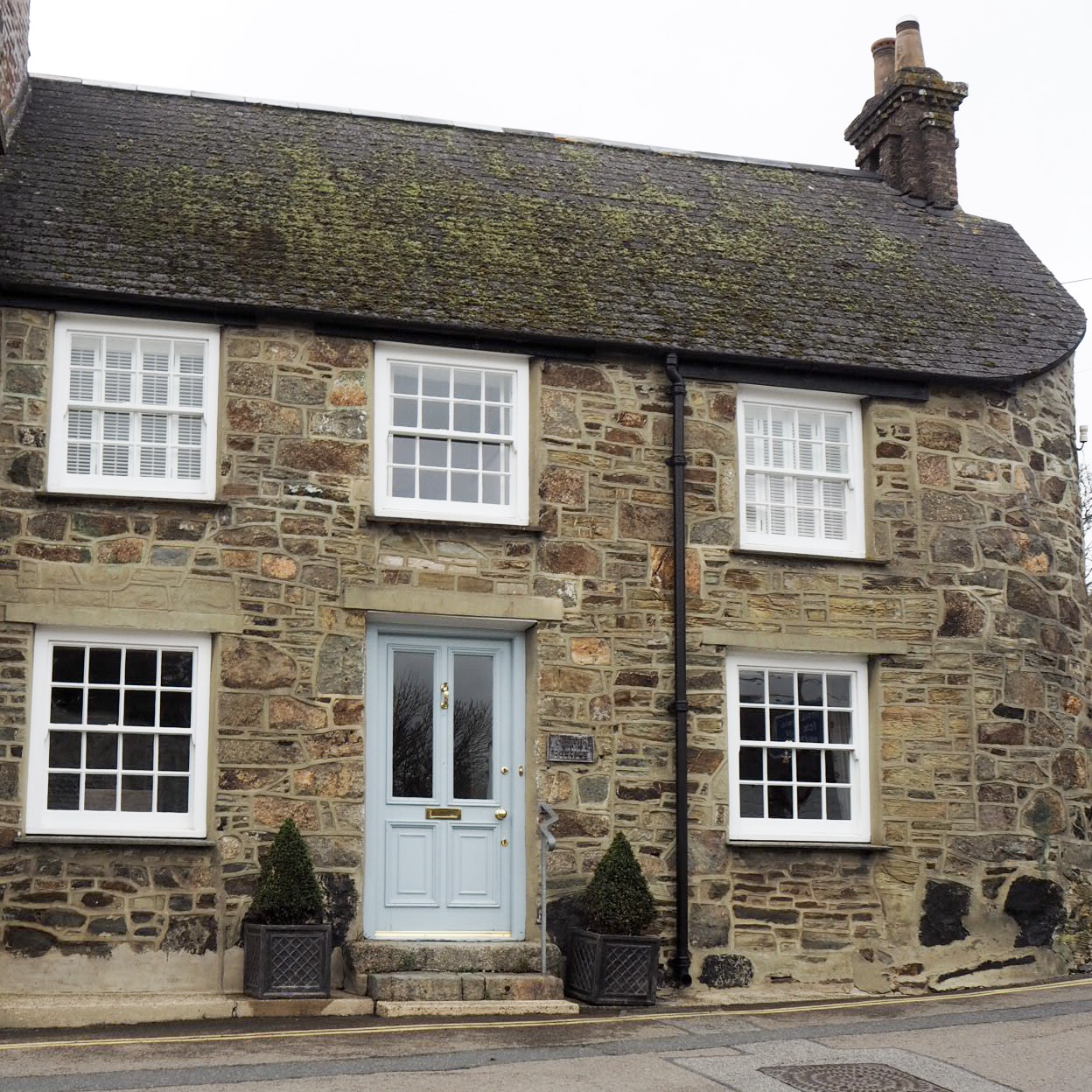 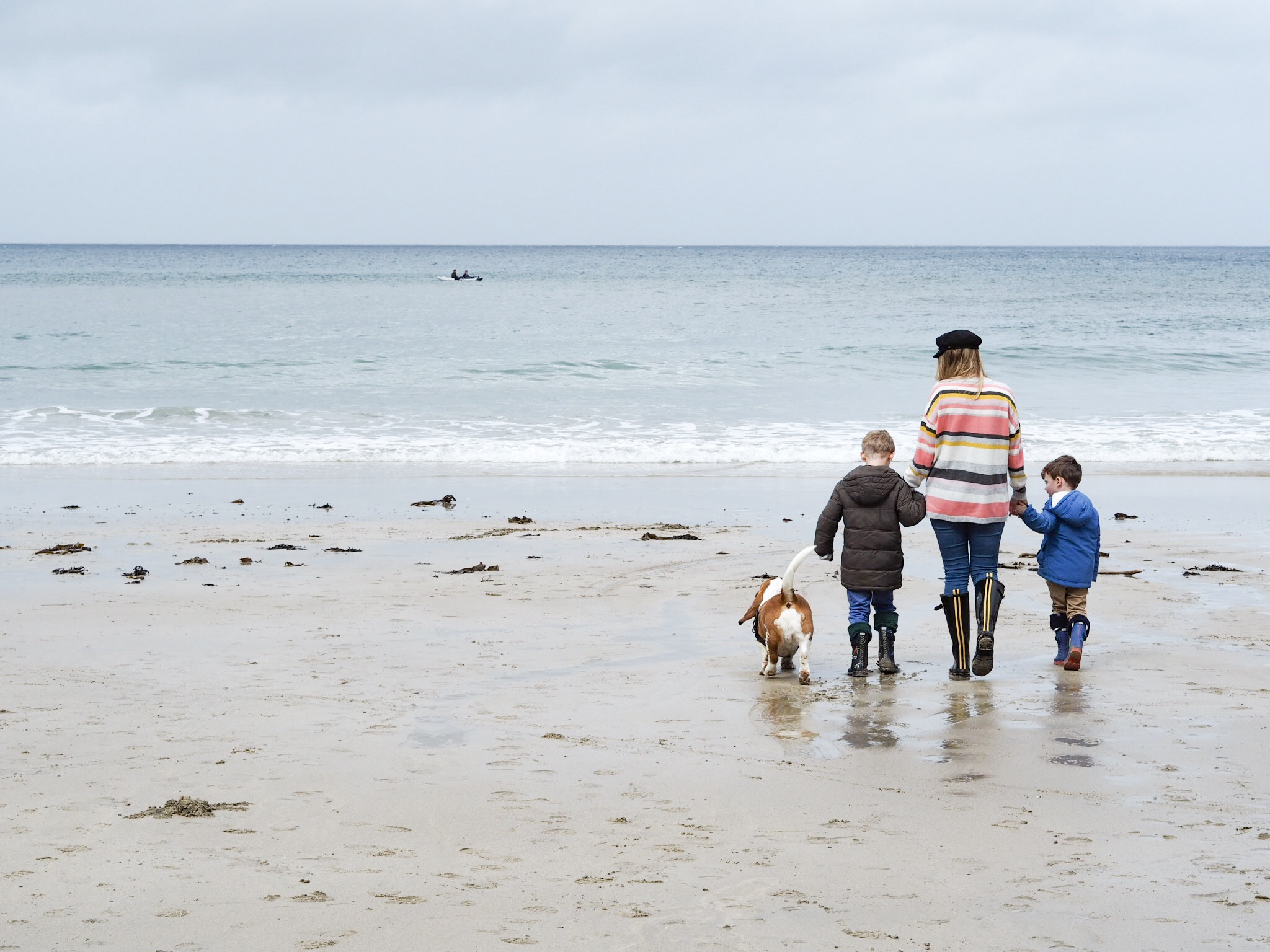 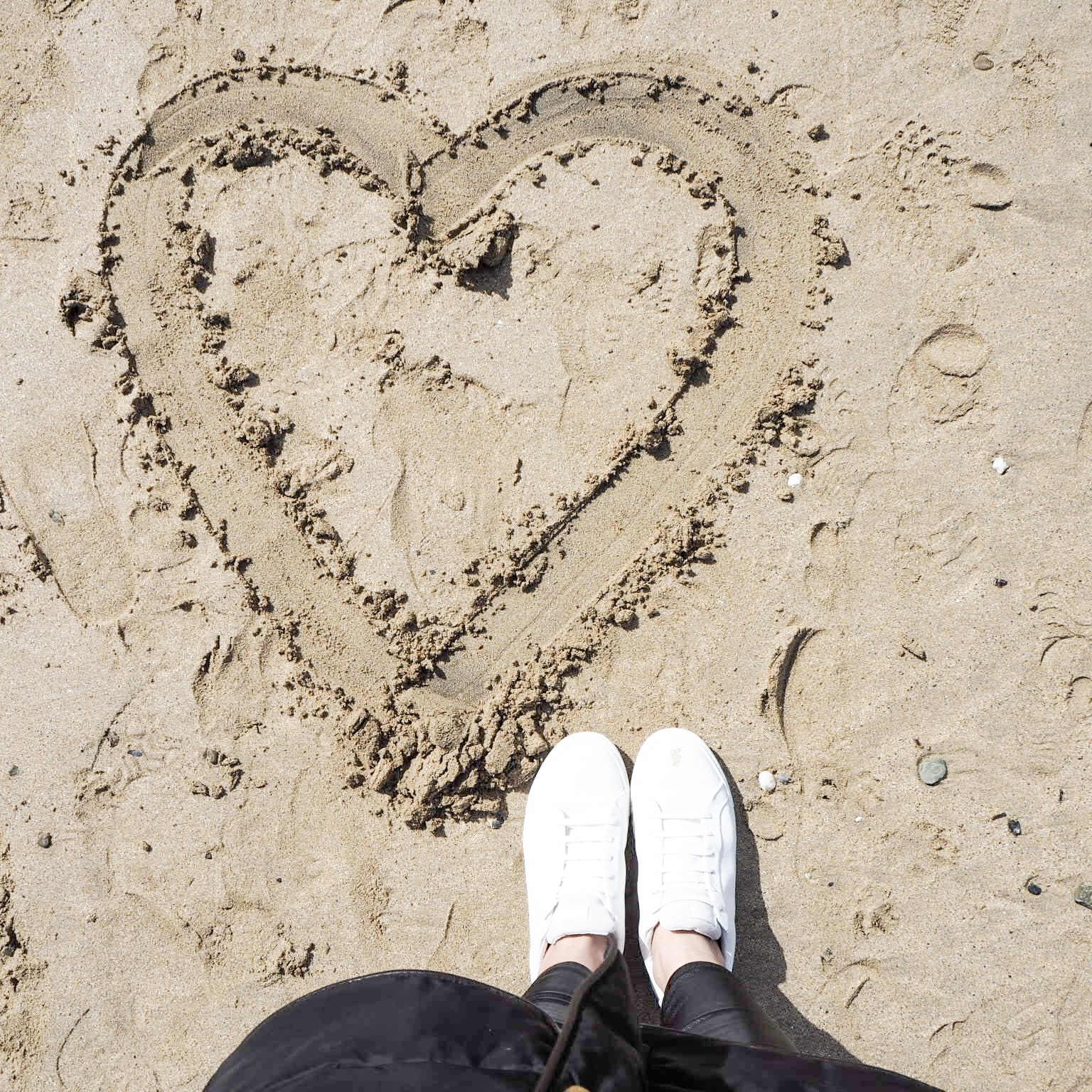 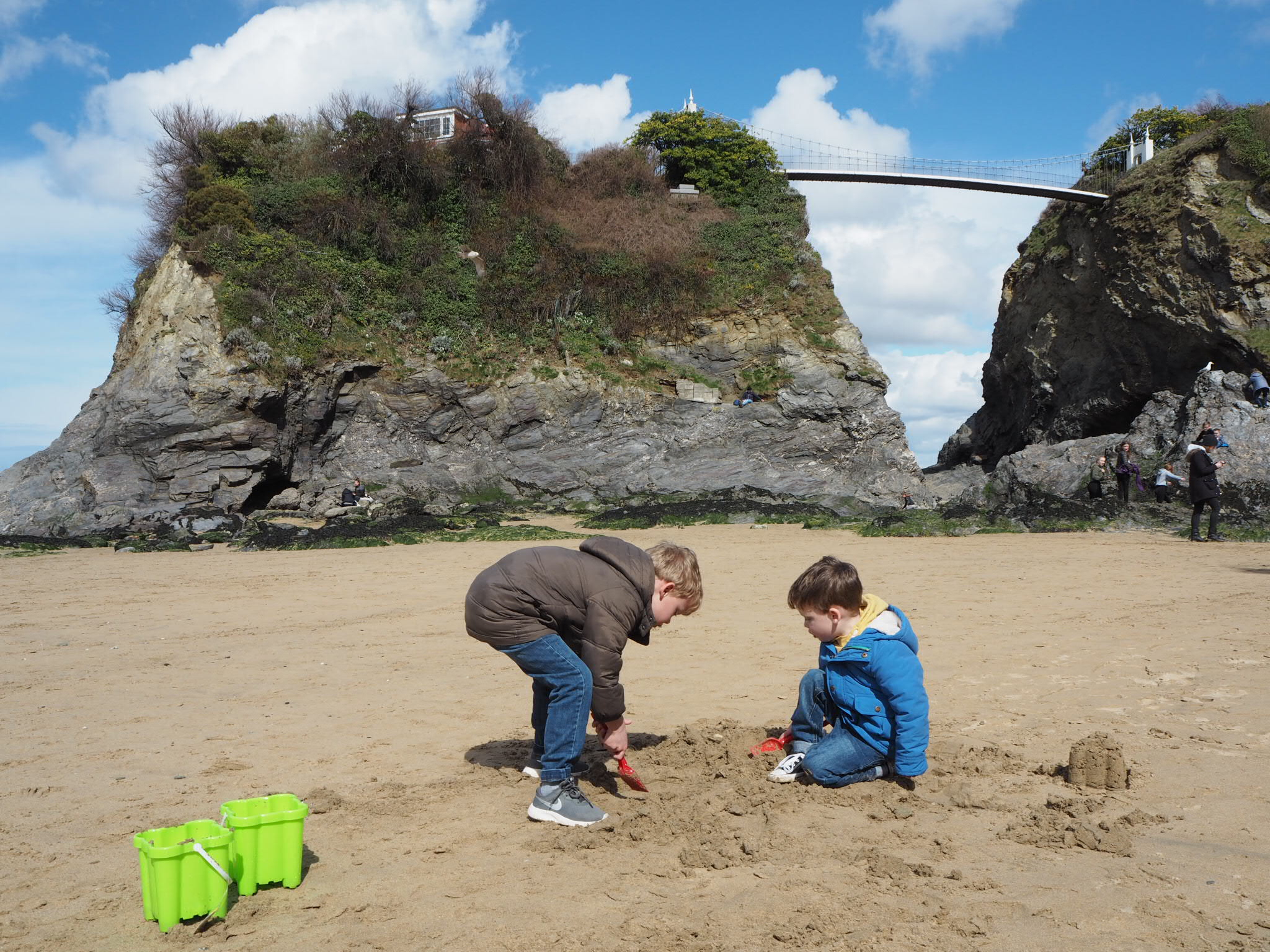 It was Harbor’s 7th birthday while we were away. We had planned to spend the day in St. Ives but were unable to park ANYWHERE. A few people messaged me to say this is a common problem with St. Ives. It is a very popular place, but to try catching a train in instead. So we headed to Lelant Saltings Station where the train drives along the coastline into St. Ives. Unfortunately there was a fault with the train and it wasn’t running. So we just cut our loses and headed back to the cottage for cake followed by fish and chips in the evening watching the sunset at our local St. Agnes beach. It wasn’t what we planned but it was perfect.

I felt that staying in a cottage that was like a ‘home from home’ made everything easier with the boys and the dogs. It meant we didn’t have to eat out everyday and that we could come back to the cottage and just watch a film when the boys were tired. Having a washing machine meant we were able to pack lighter and came home with hardly anything to wash. The little extras left from the owners (including emergency dog biscuits) were such simple touches that made everything so much more special. If you are familiar with Cornwall then you will know that most places are a little drive away but regardless of where you head you are guaranteed to find a beautiful beach or place to wander. Our boys are very outdoorsy types who find adventure in the smallest things so we didn’t do any days out anywhere. I wish we had packed a football but other than that it was the perfect simple break for all of us. 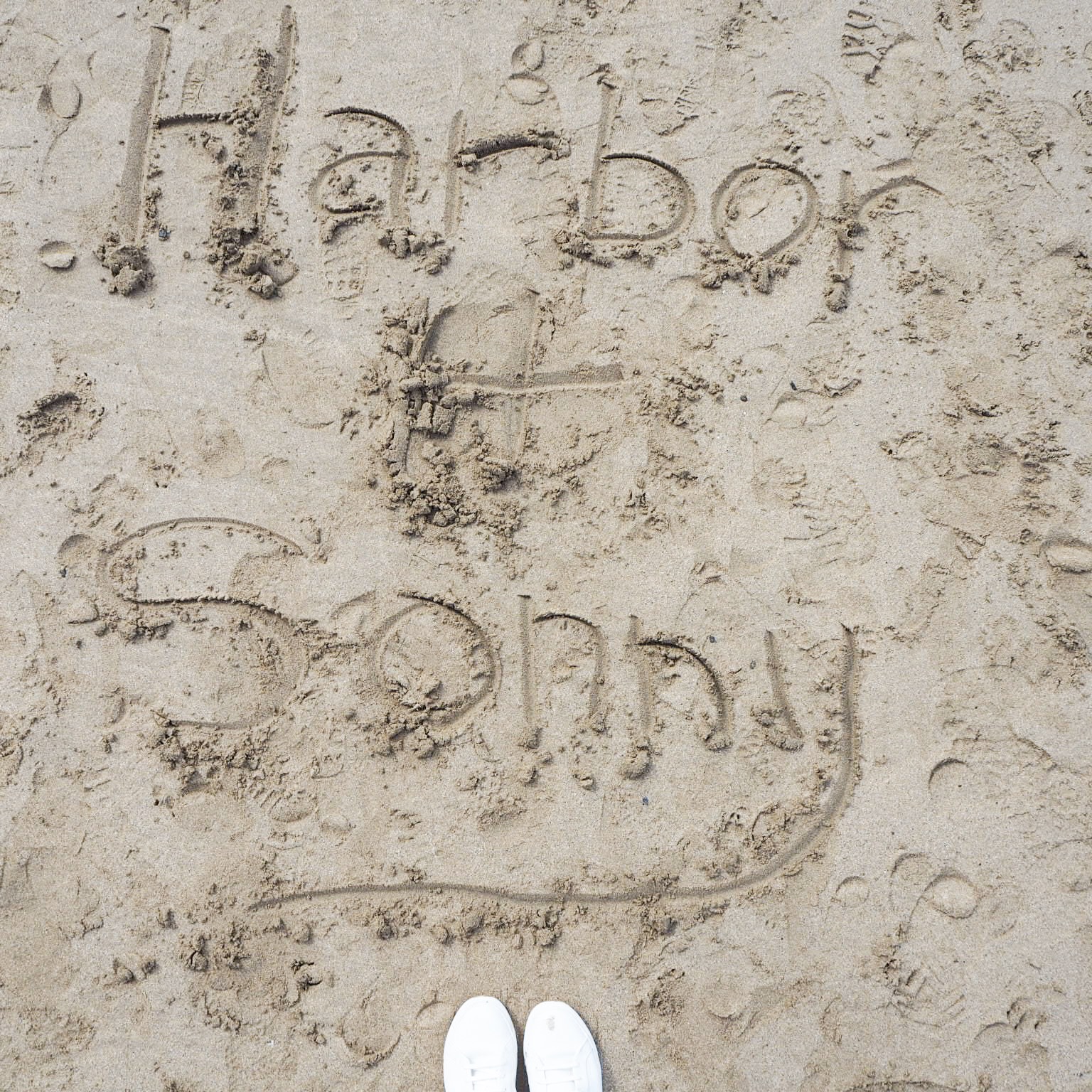 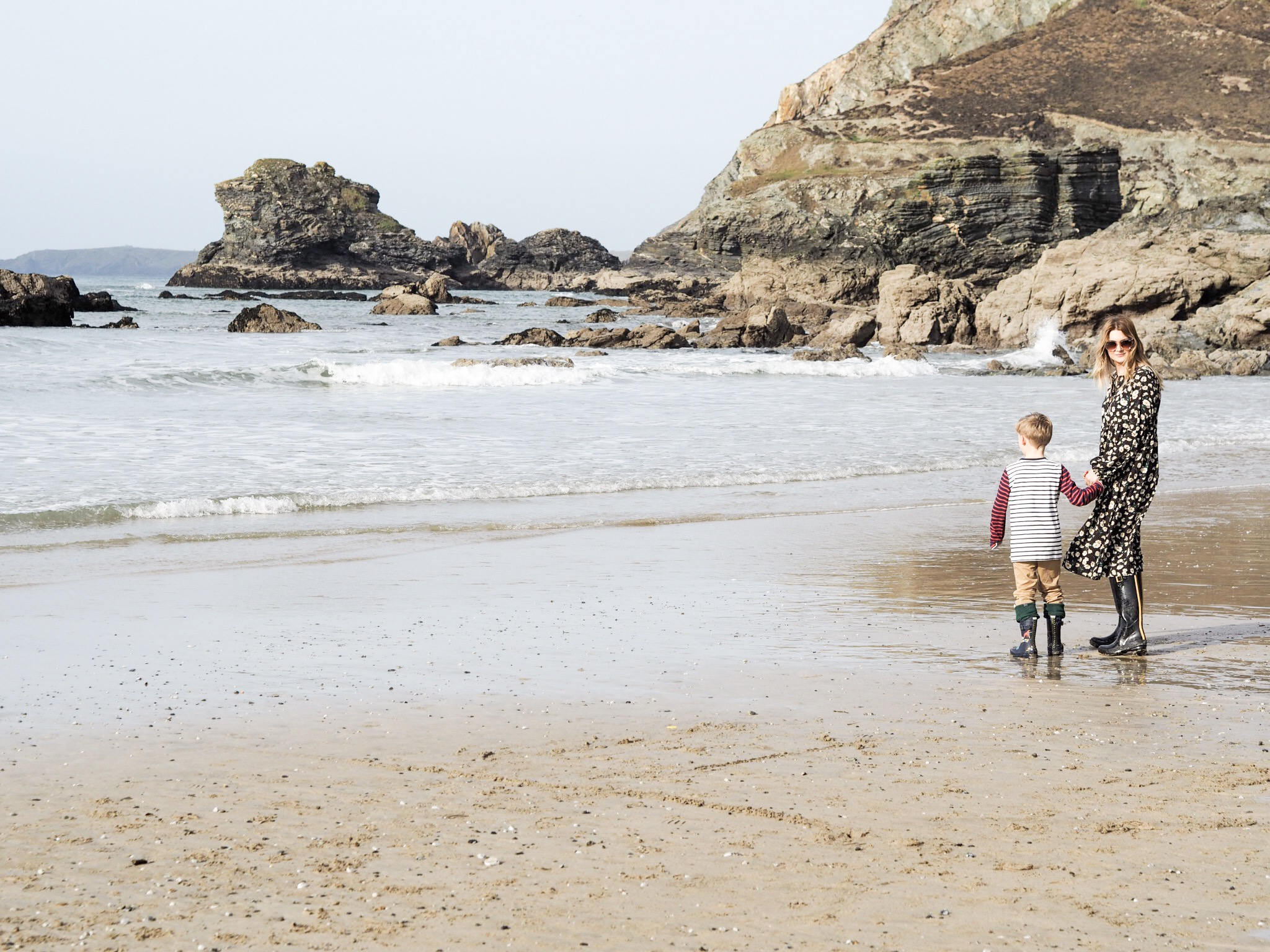 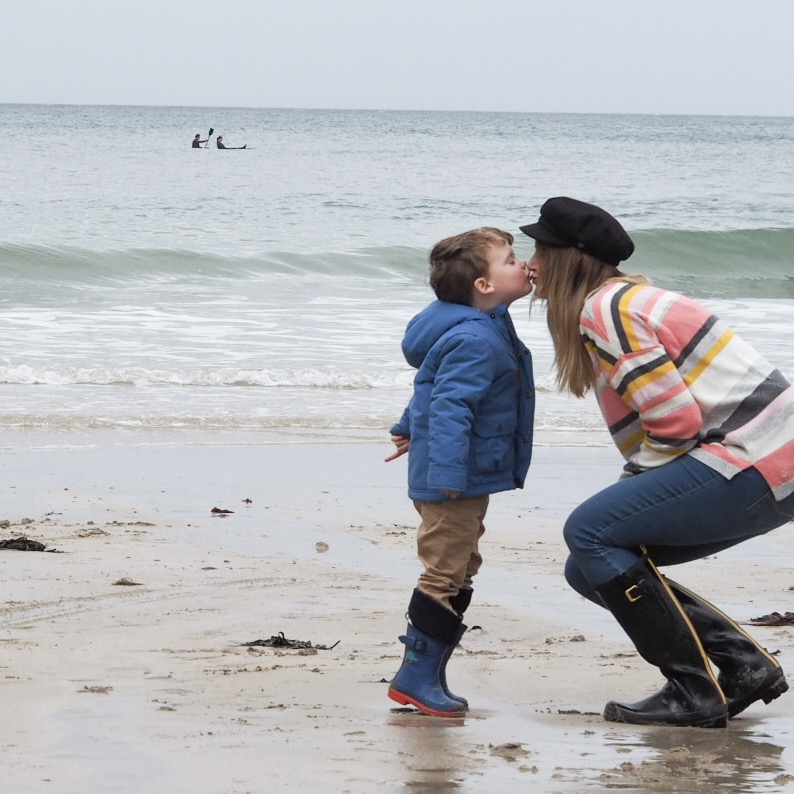 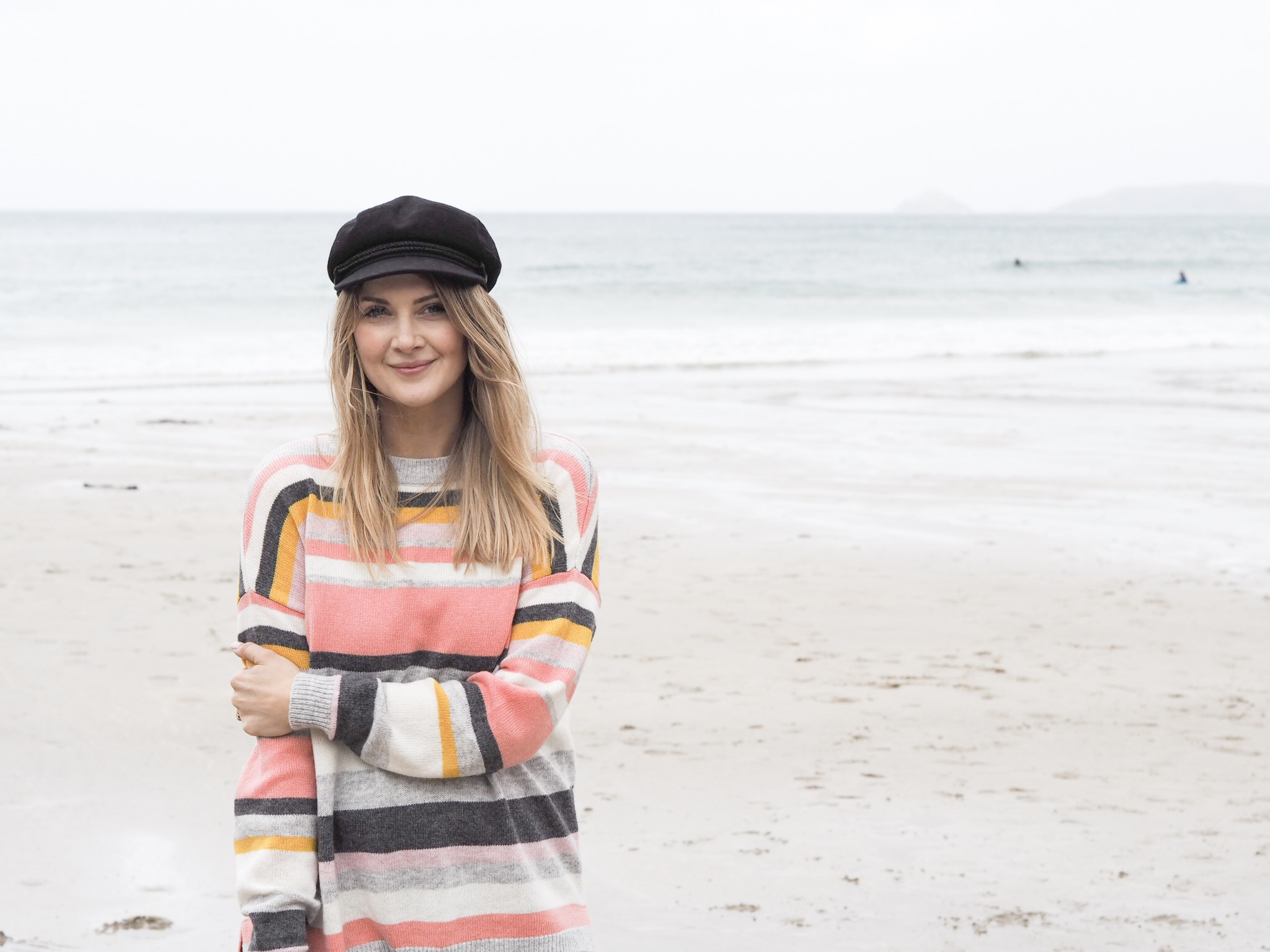 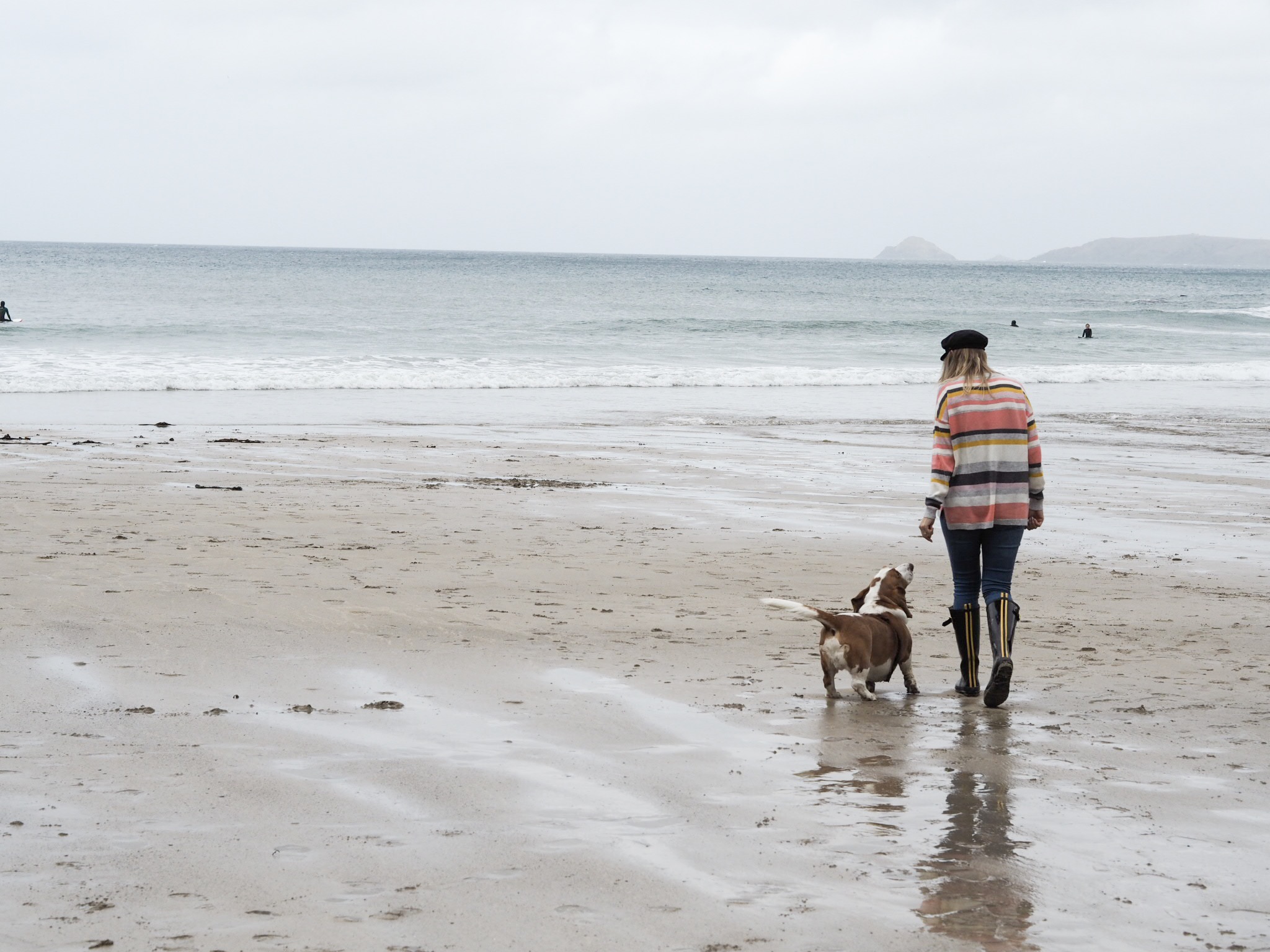 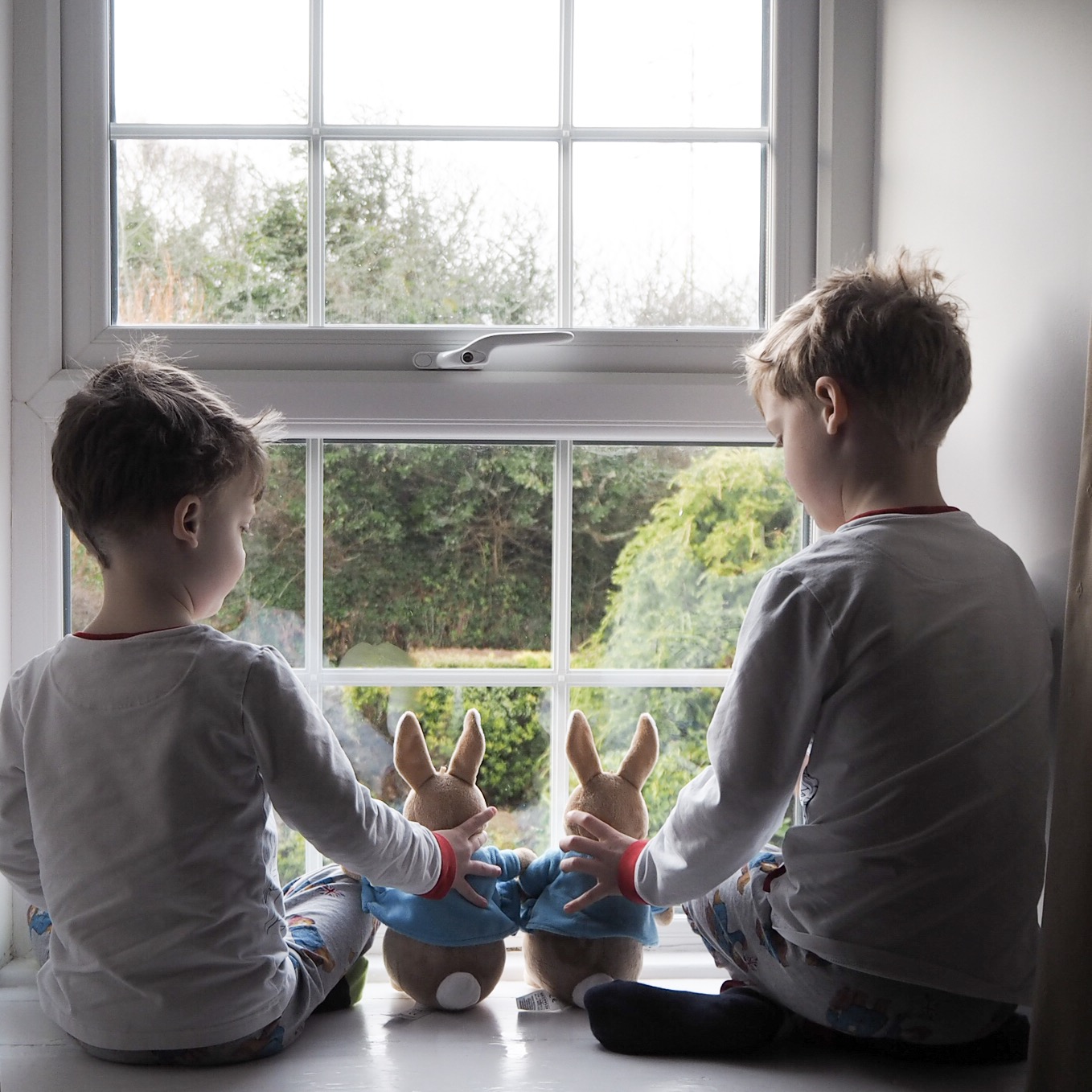 I would love to hear if you have taken dogs away on holiday with you and what you thought about it.

*Our stay was complimentary with Sykes Cottages, however all words, opinions and images are my own.