After all the excitement of installing a new bathroom upstairs, the urgency to finish the downstairs one seemed to slow but I am pleased to say we have finally got there and I have all the pictures to prove it. There wasn’t anything wrong aesthetically speaking with our downstairs bathroom, but what you couldn’t see were the problems we were having. We knew there was a leak somewhere because the woodwork had started to rot, the walls had mould growing on them and a white salty substance was staining the floor tiles. If you look carefully you can see signs of this. 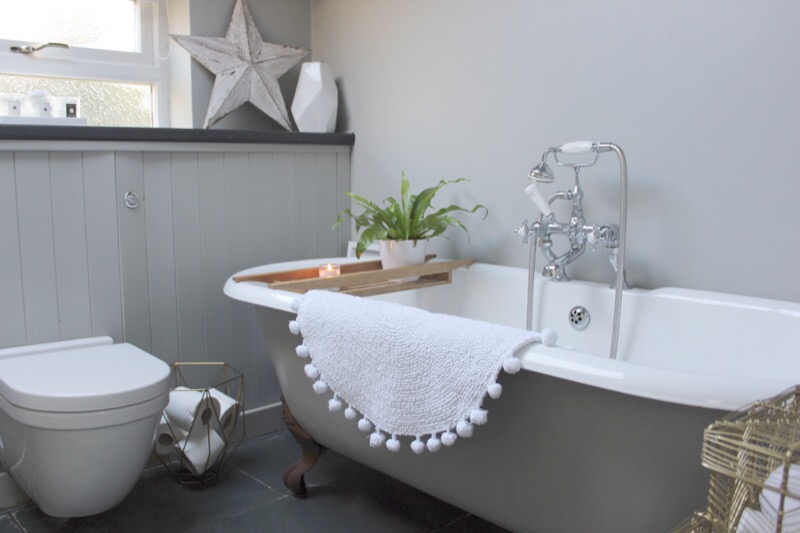 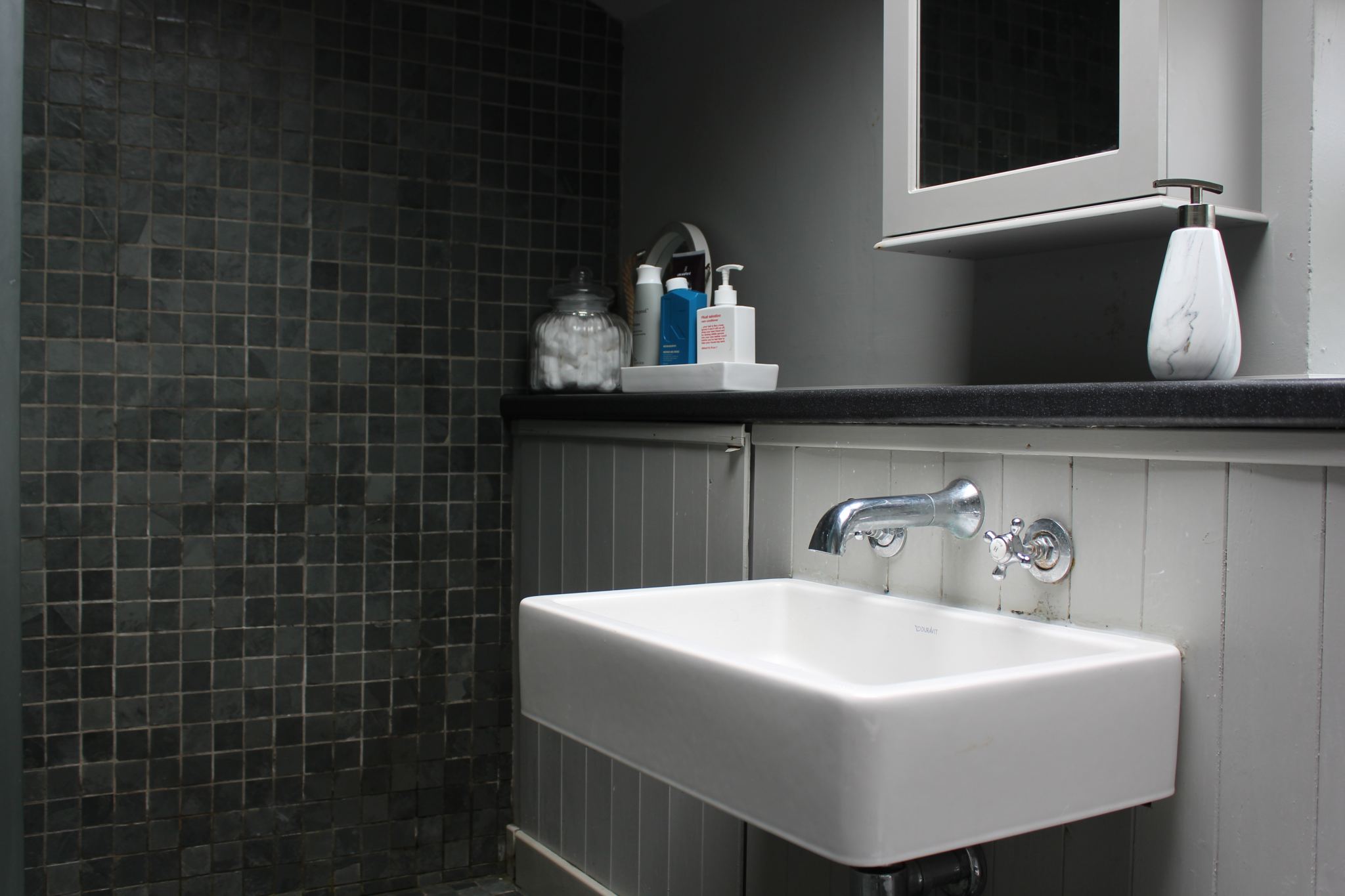 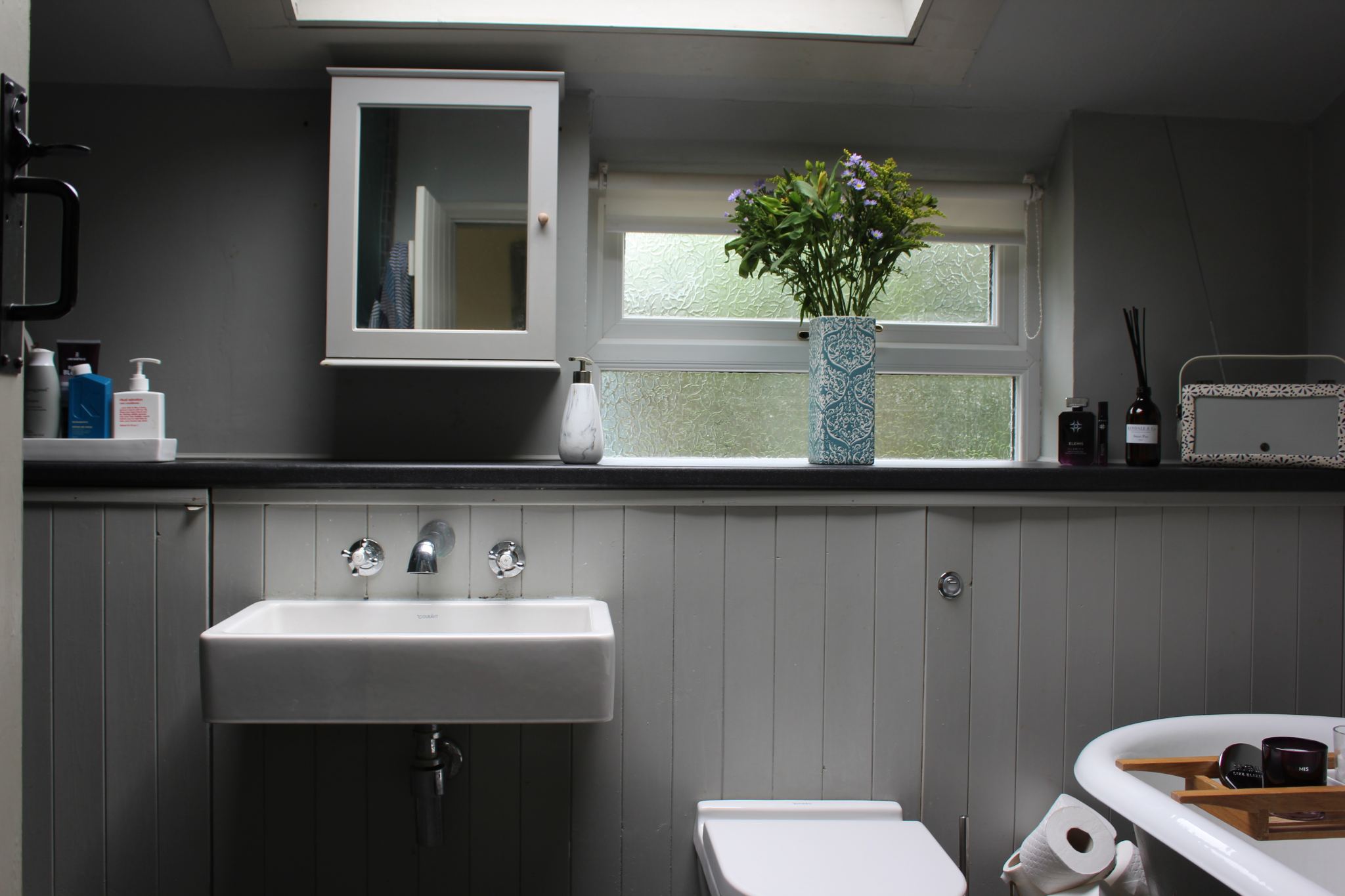 Once the plumbers had ripped out the old bathroom they identified that actually, and rather lovely we didn’t actually have one leak but three. It was starting to damage the walls and likely had been a problem for years and years. Which made us feel like our decision to rip it out and start again was definitely justified. 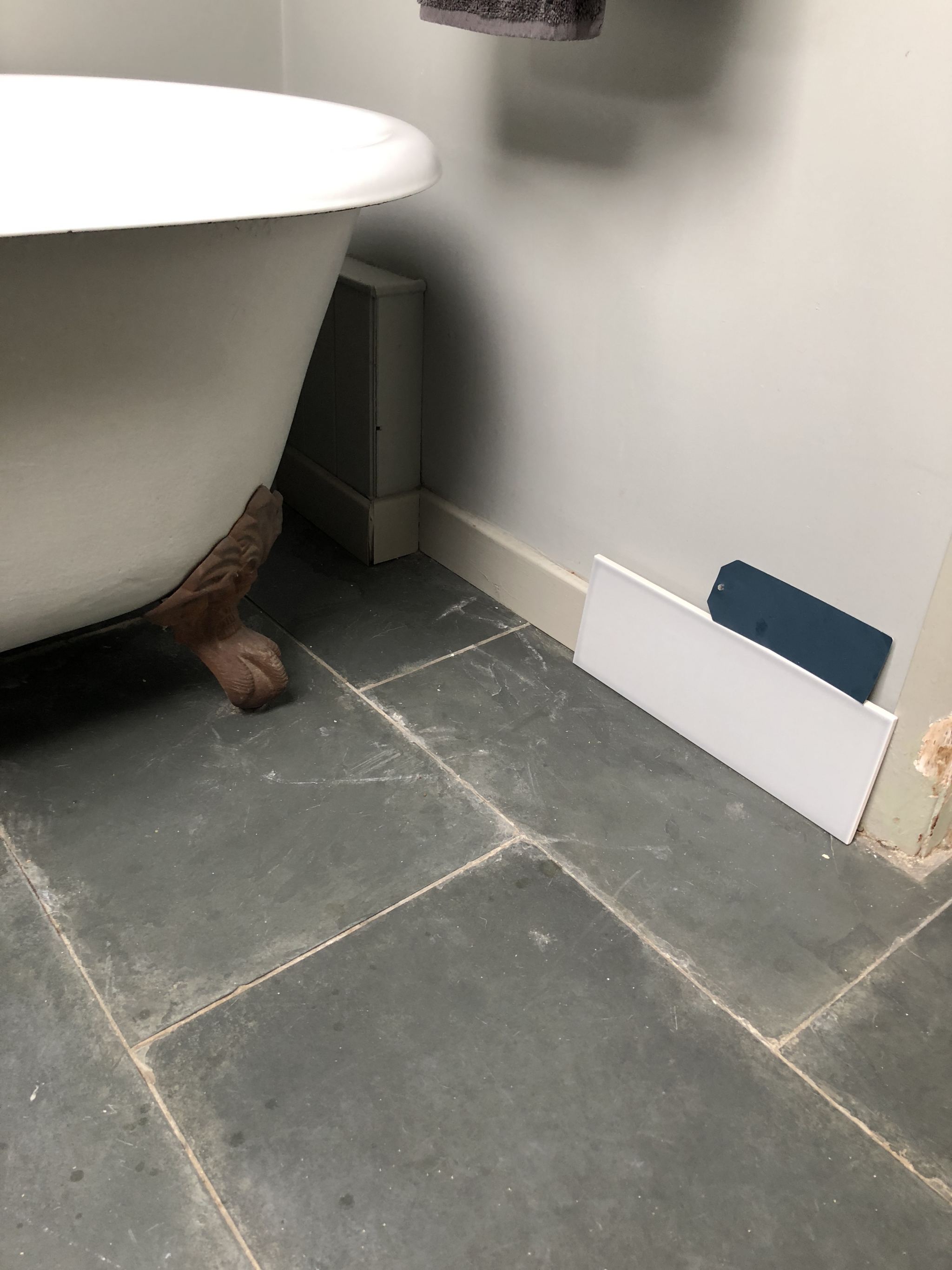 I had made a decision very early on that I wanted to be braver with the colour scheme in this room as I knew it would be used mostly as a downstairs toilet rather than as a bathroom. I went into Farrow and Ball to get some advice because I was nervous about the darker colour choices. I was recommended to used an off white colour on the ceiling (I chose Wevet) to lesson the contrast to the Hague Blue I had my heart set on and to paint the woodwork in the matching colour to make the walls feel taller. 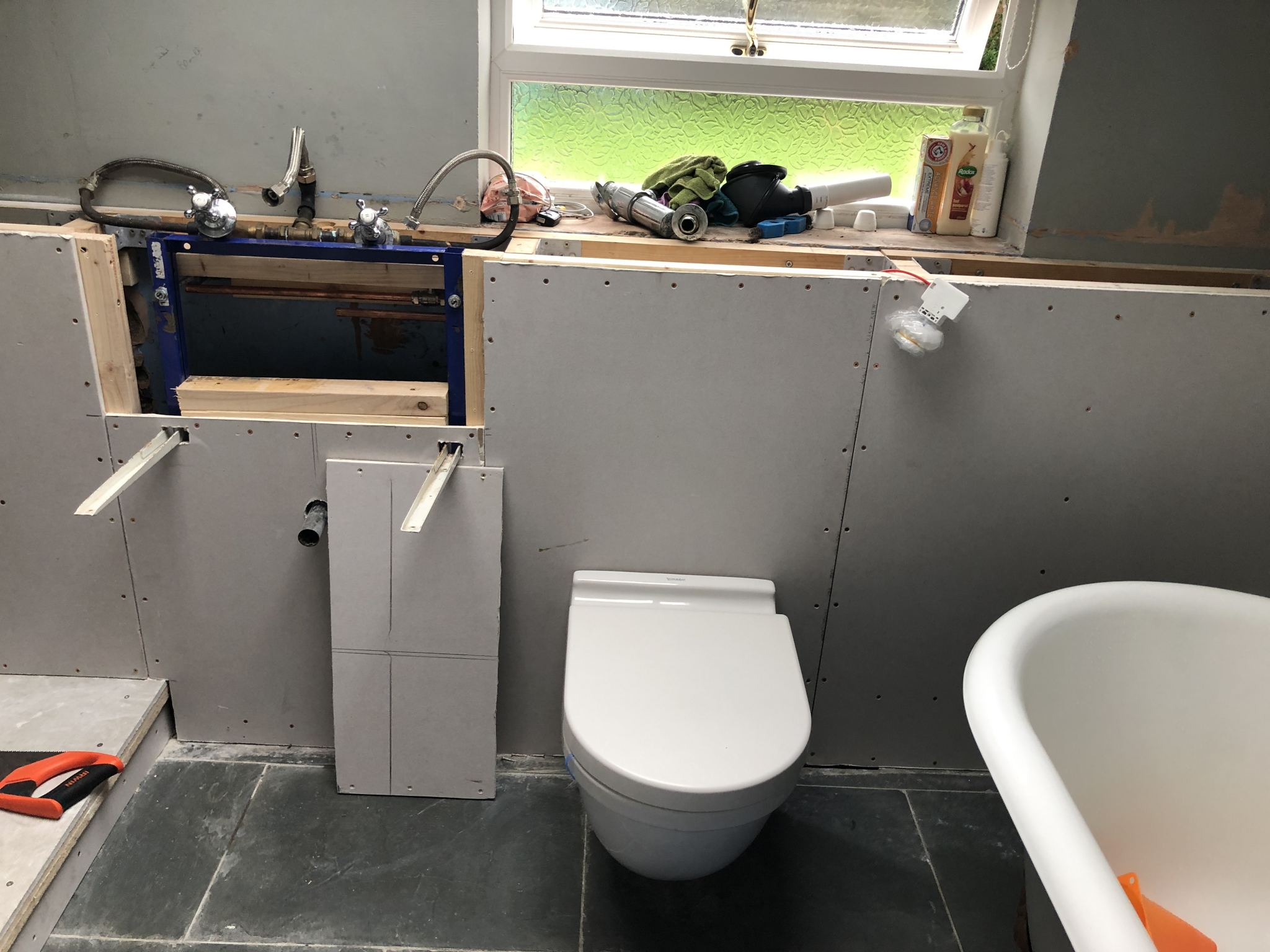 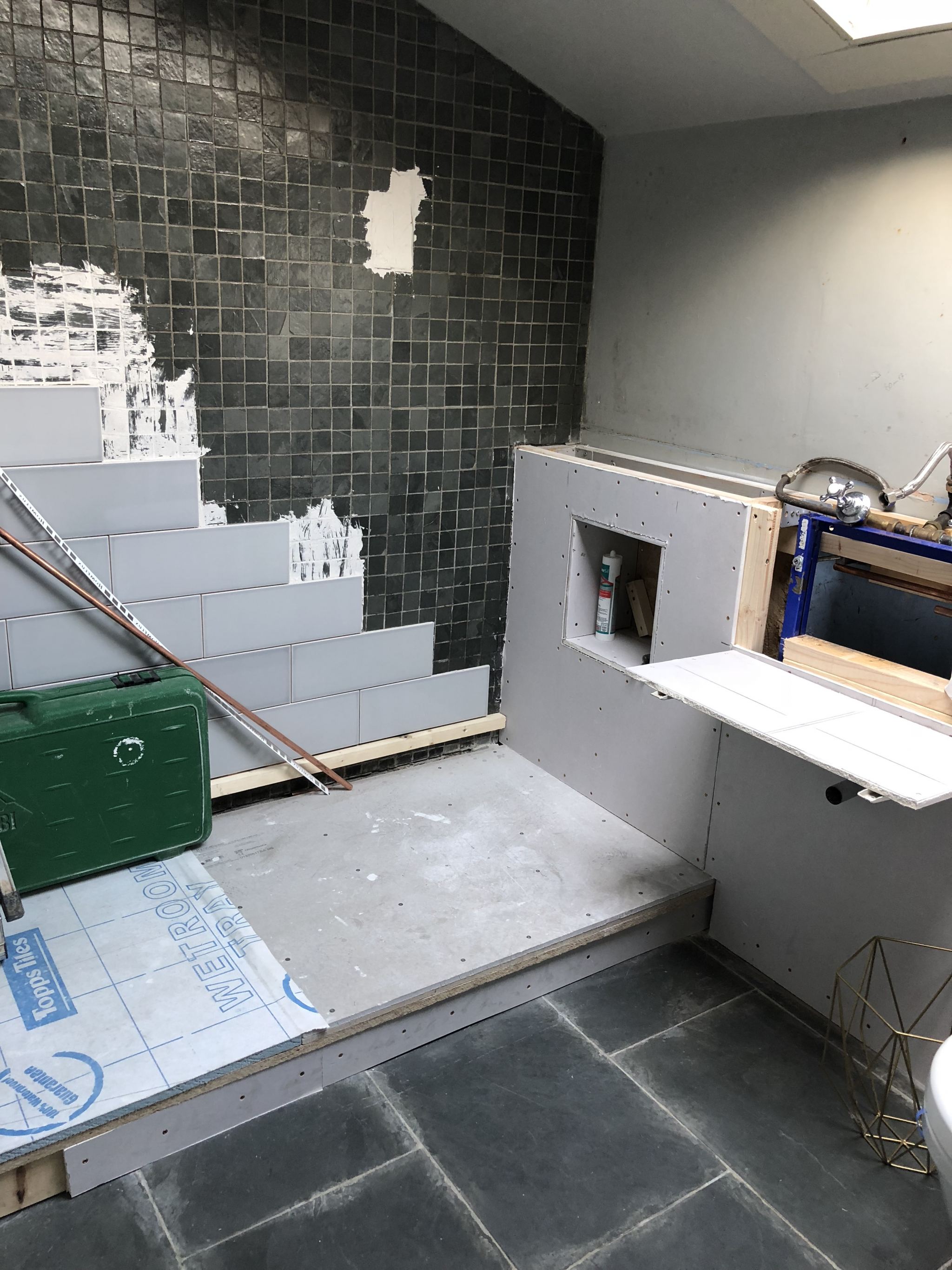 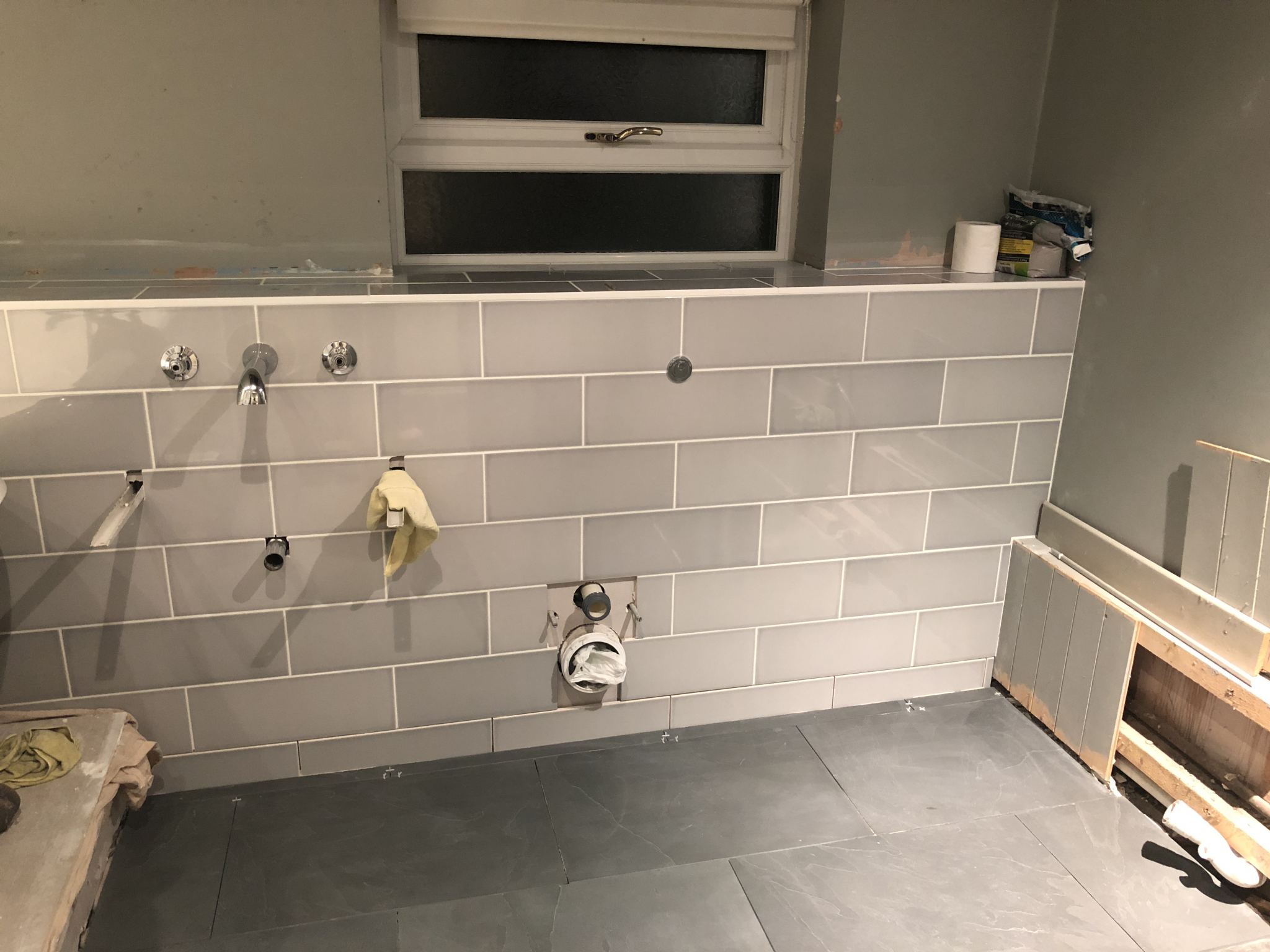 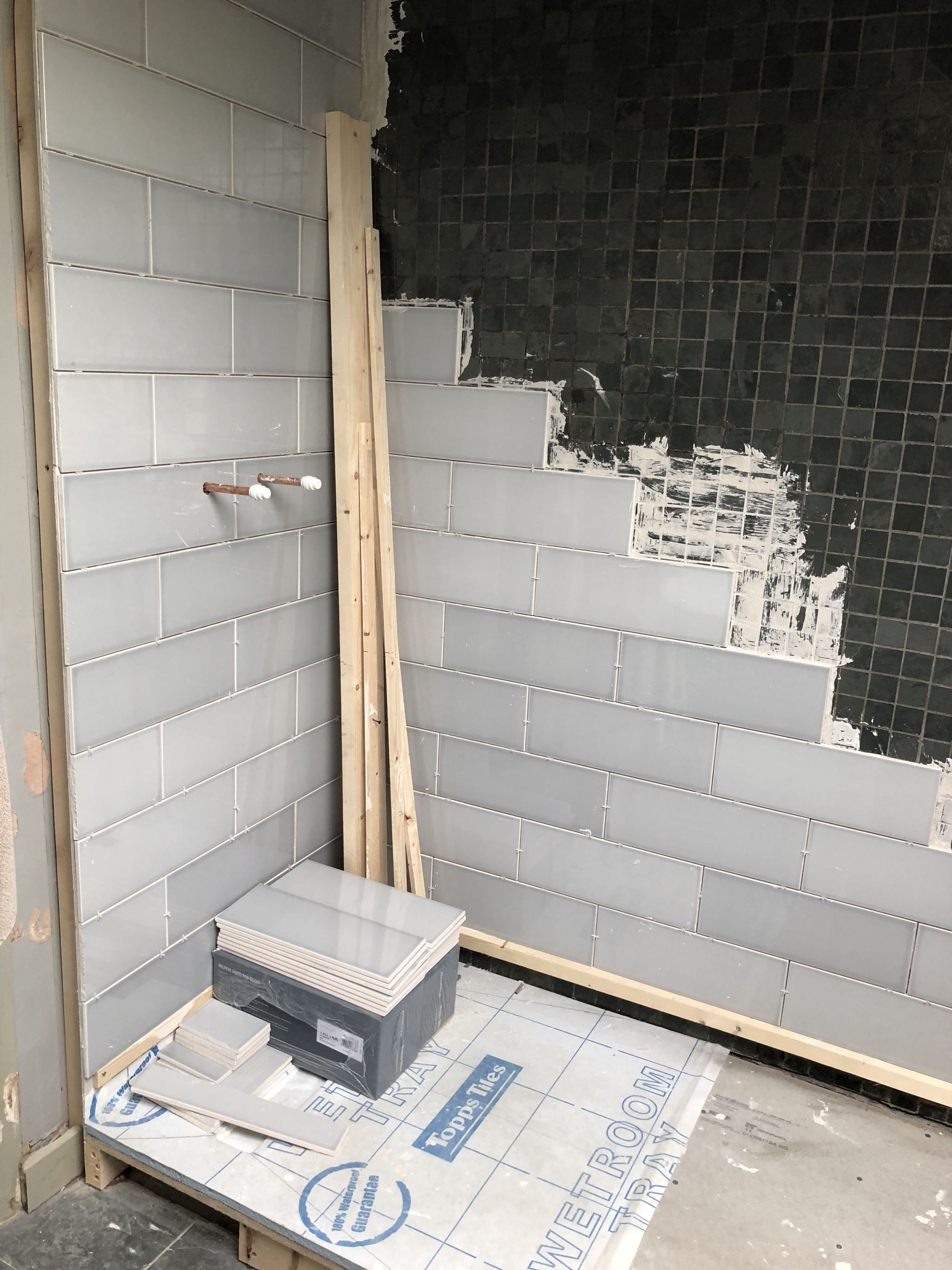 We replaced all the floor tiles with matching slate ones. Ours are from Mandarine stone and are the Grey Riven Slate ones. The wall tiles I wanted to be larger than previously as we were having a much bigger surface are tiled. I thought smaller tiles might have been over powering considering the colour choice I had in mind so I searched for something that would be a nice tone to match the slate. I fell in love with the Topps Tiles Attingham Mist tiles.

It’s no secret that the process of having two bathrooms renovated at the same time was particularly stressful. For over a month we didn’t have a shower and were having to bath every morning early before the plumbers arrived at 8am. Trying to stop myself losing the plot by remembering it will look lovely in the end. 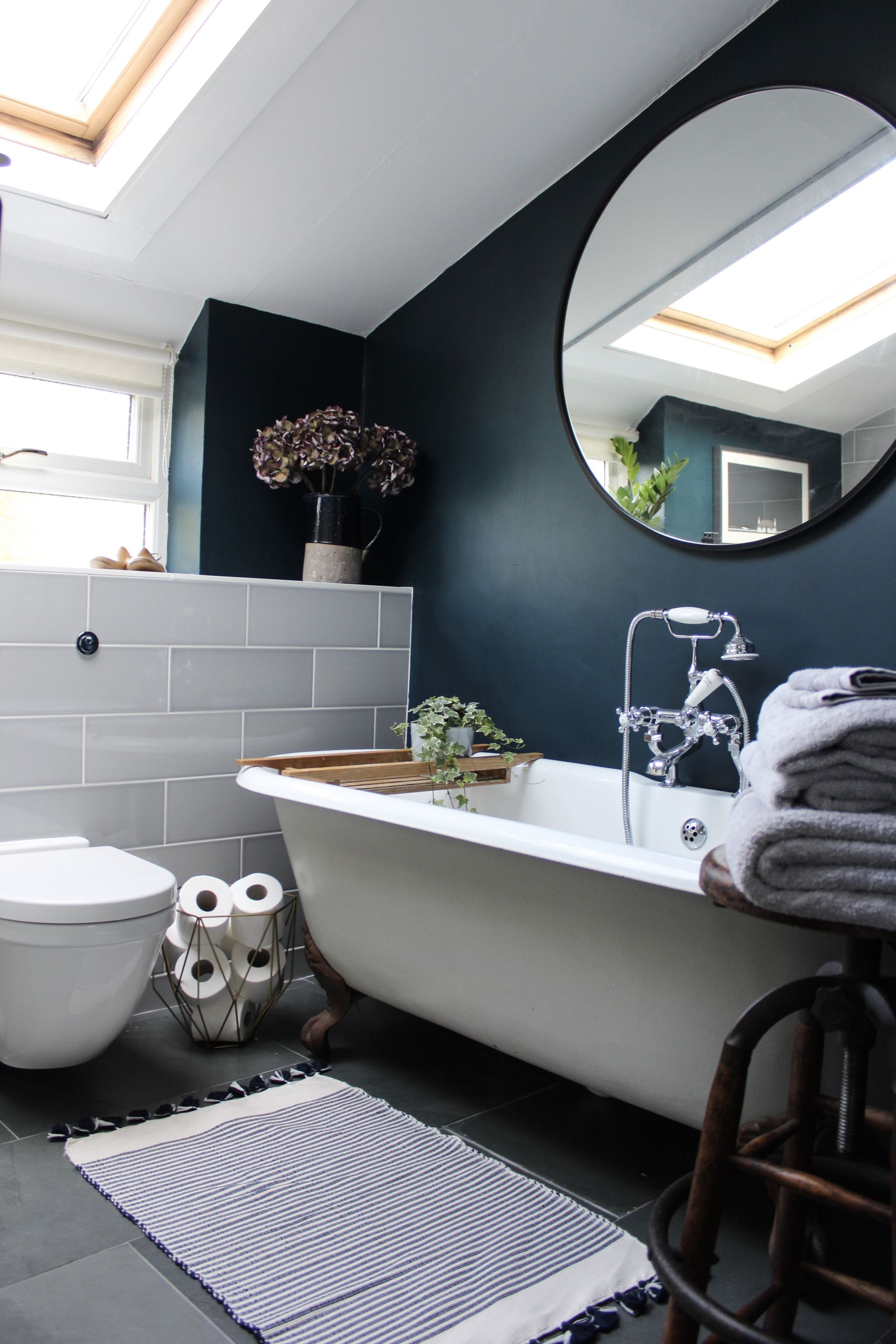 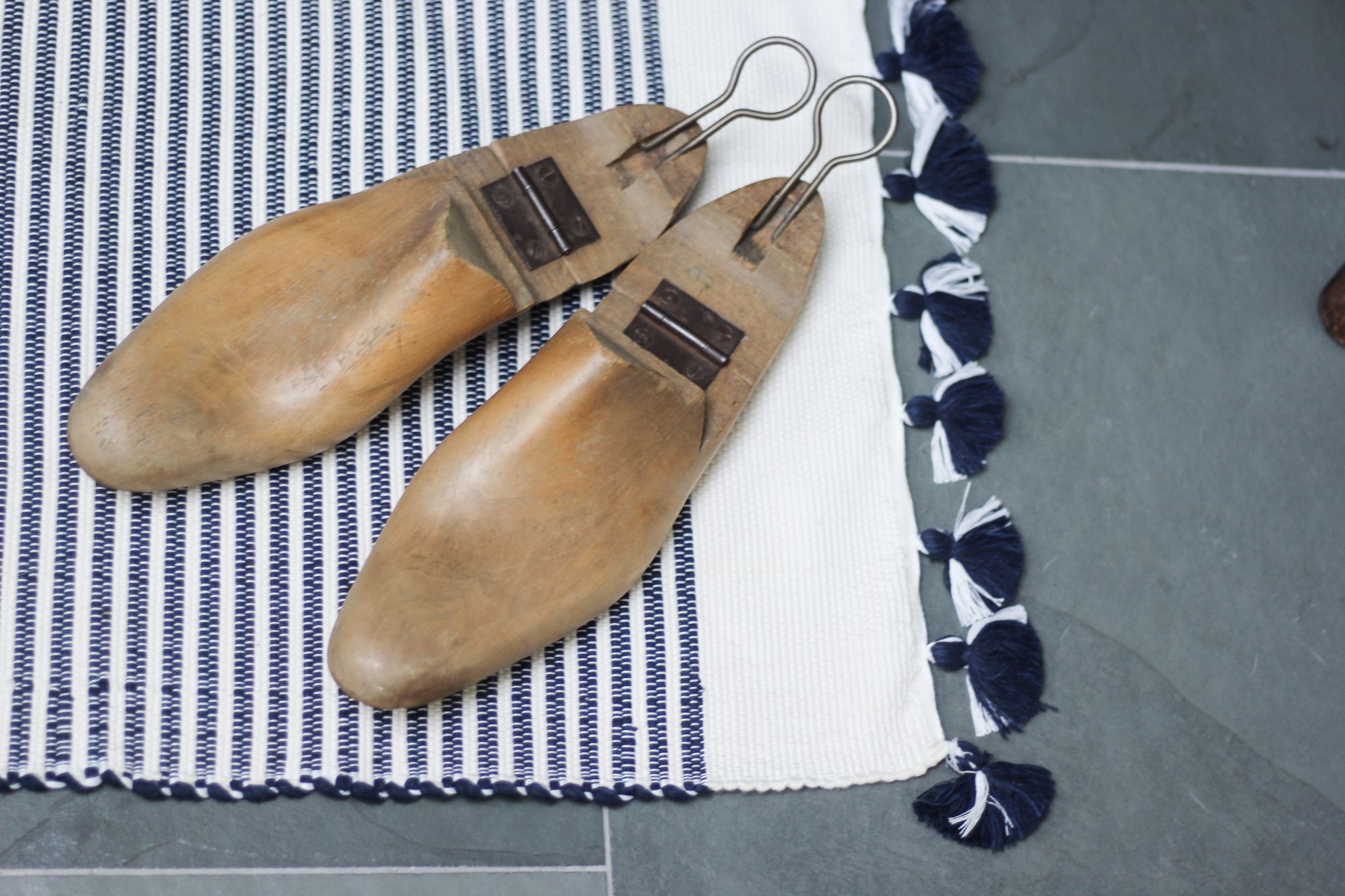 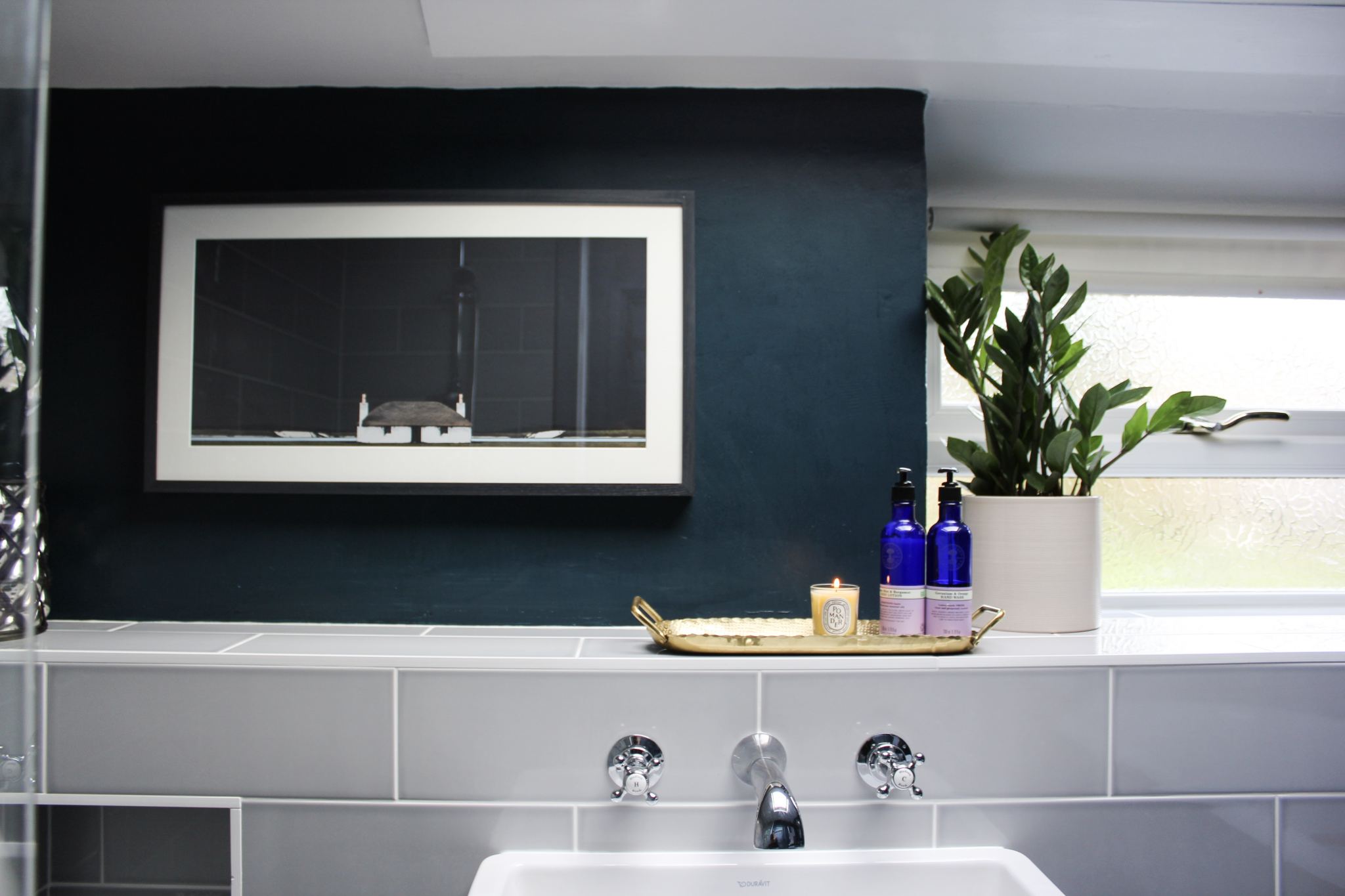 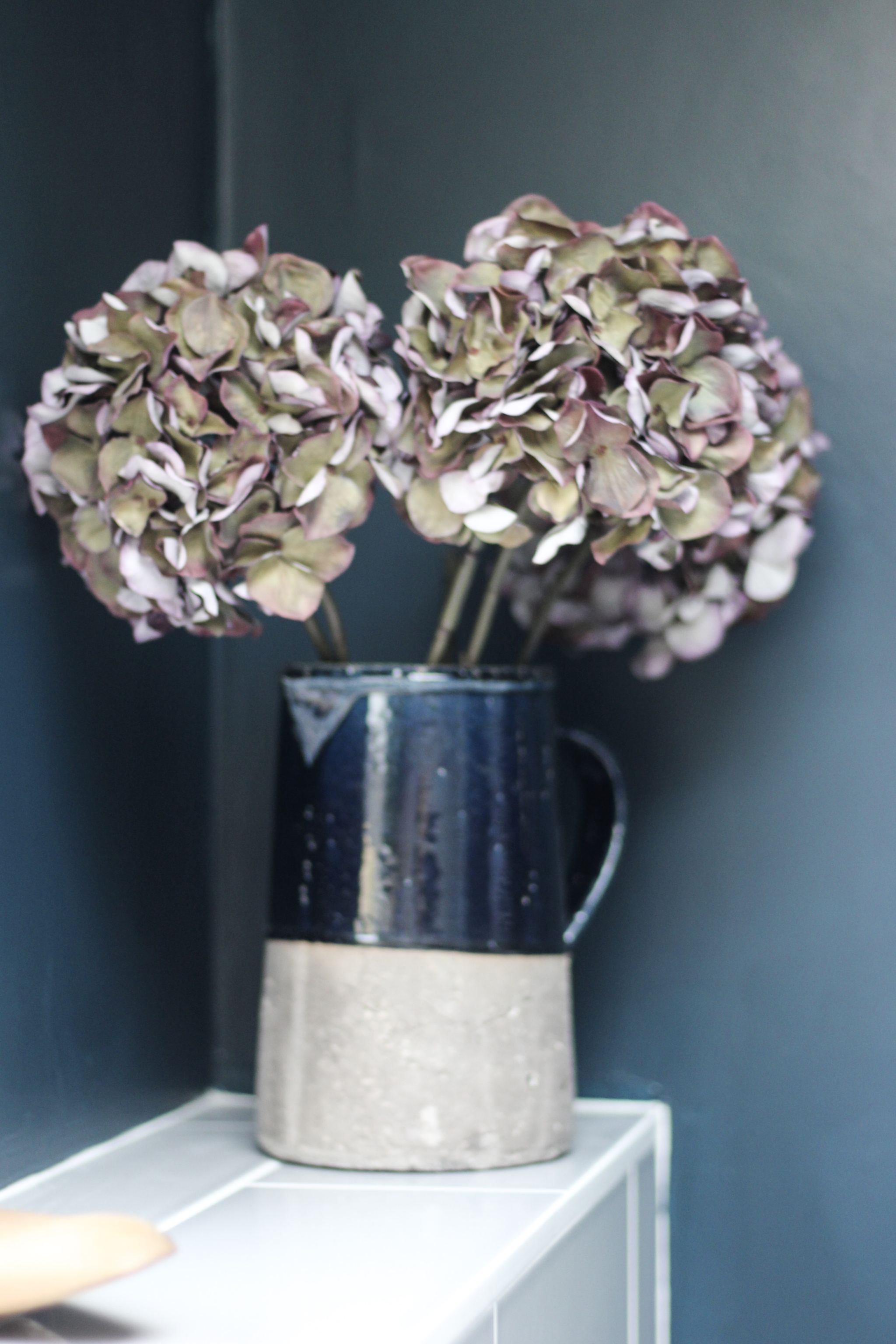 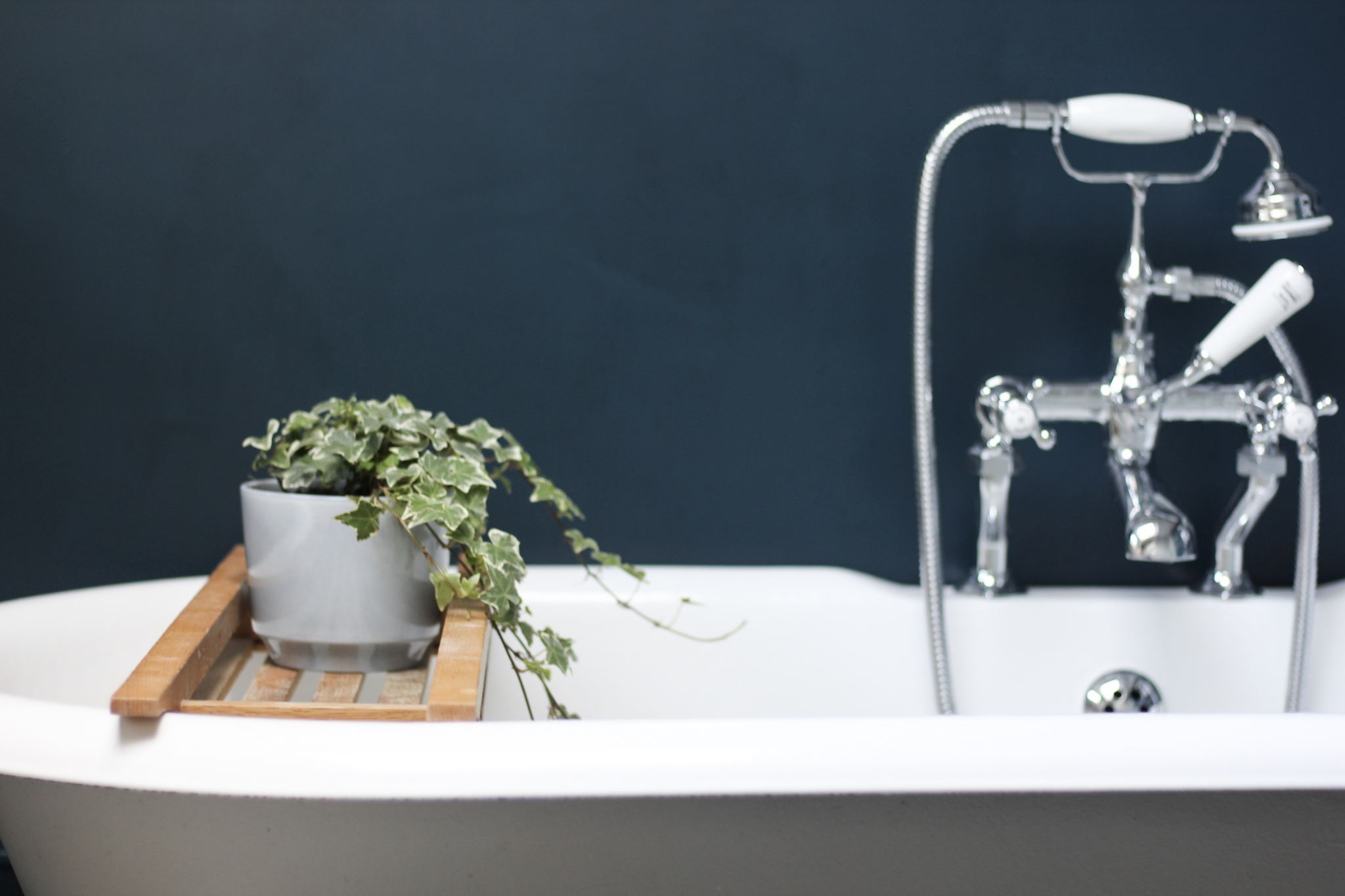 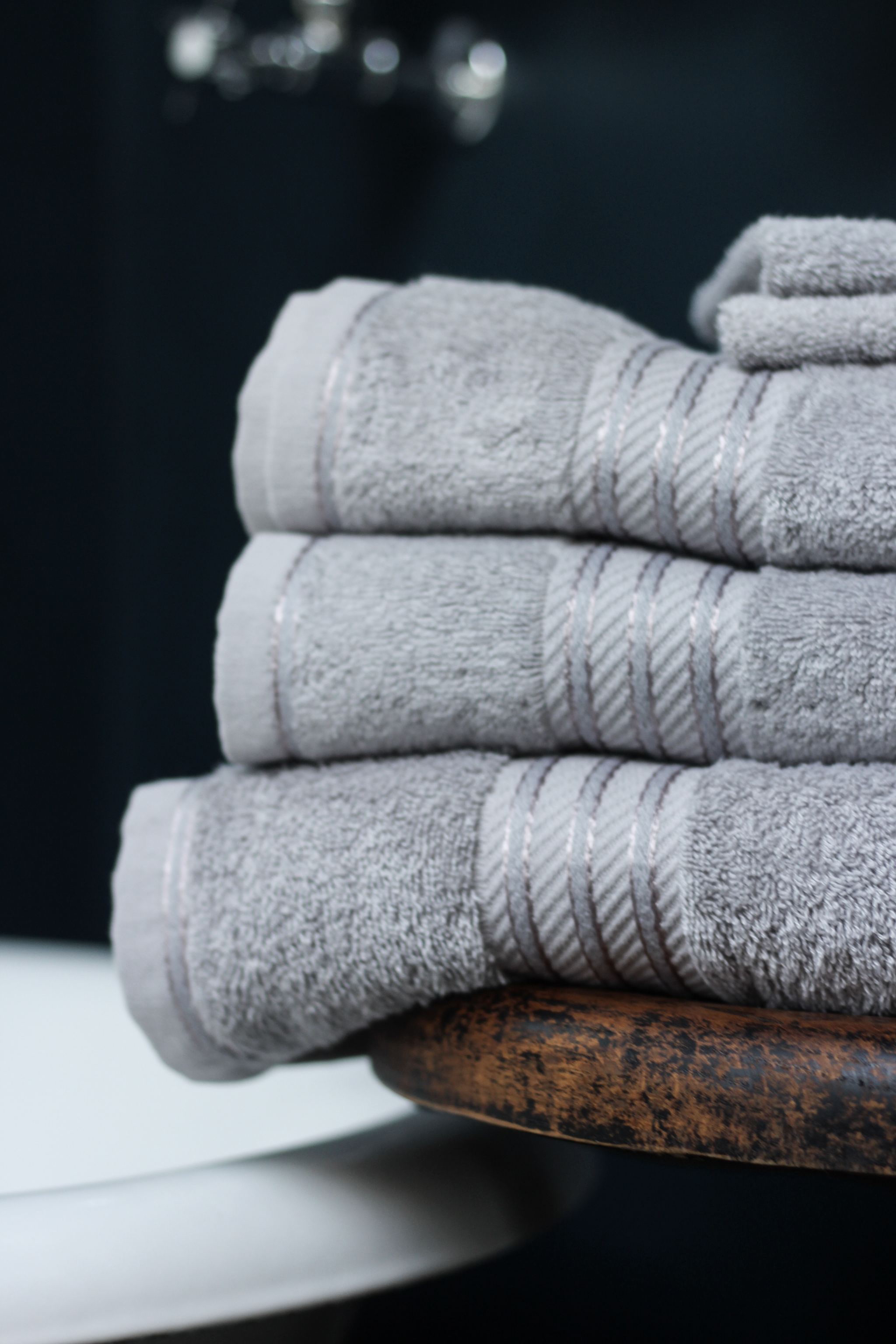 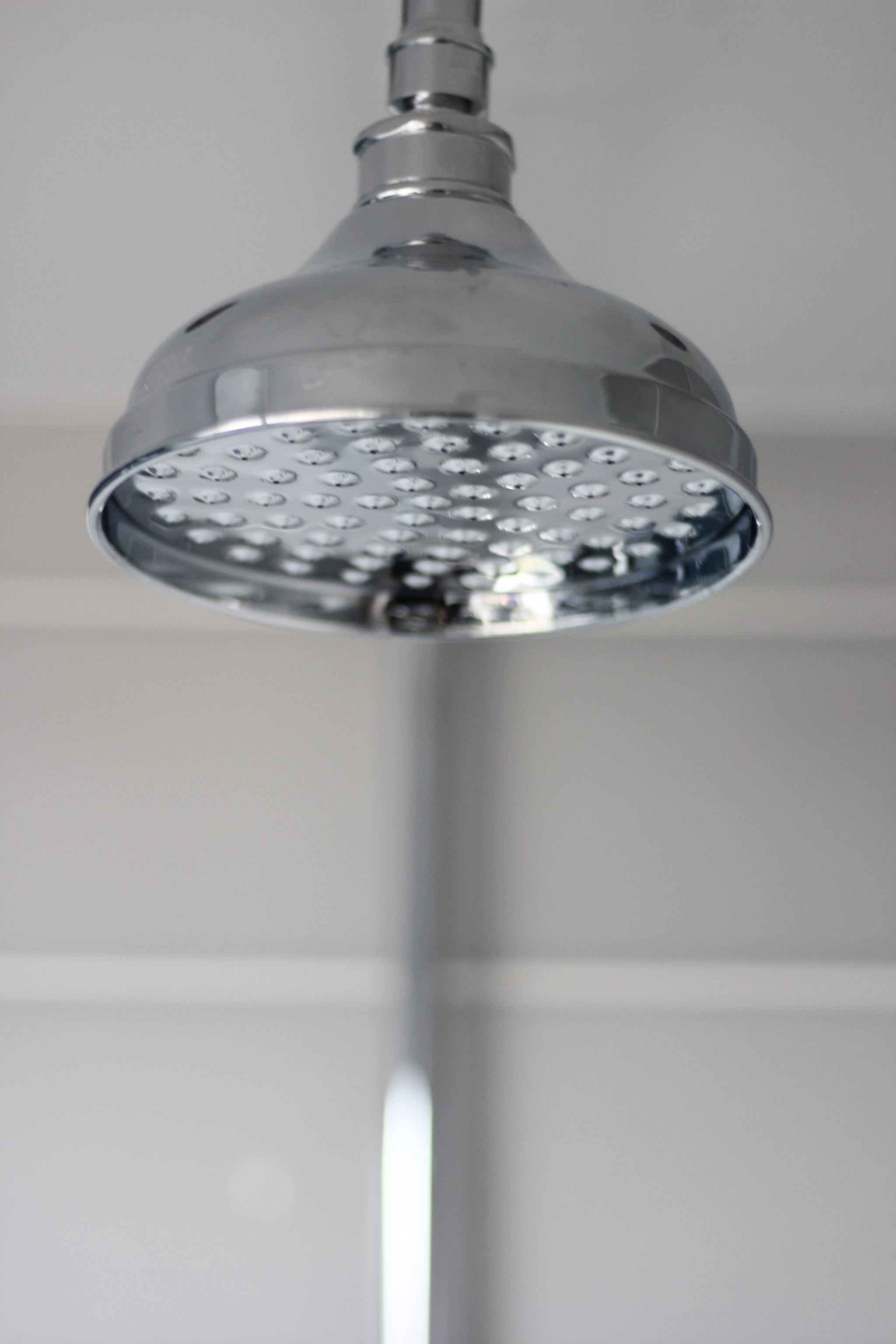 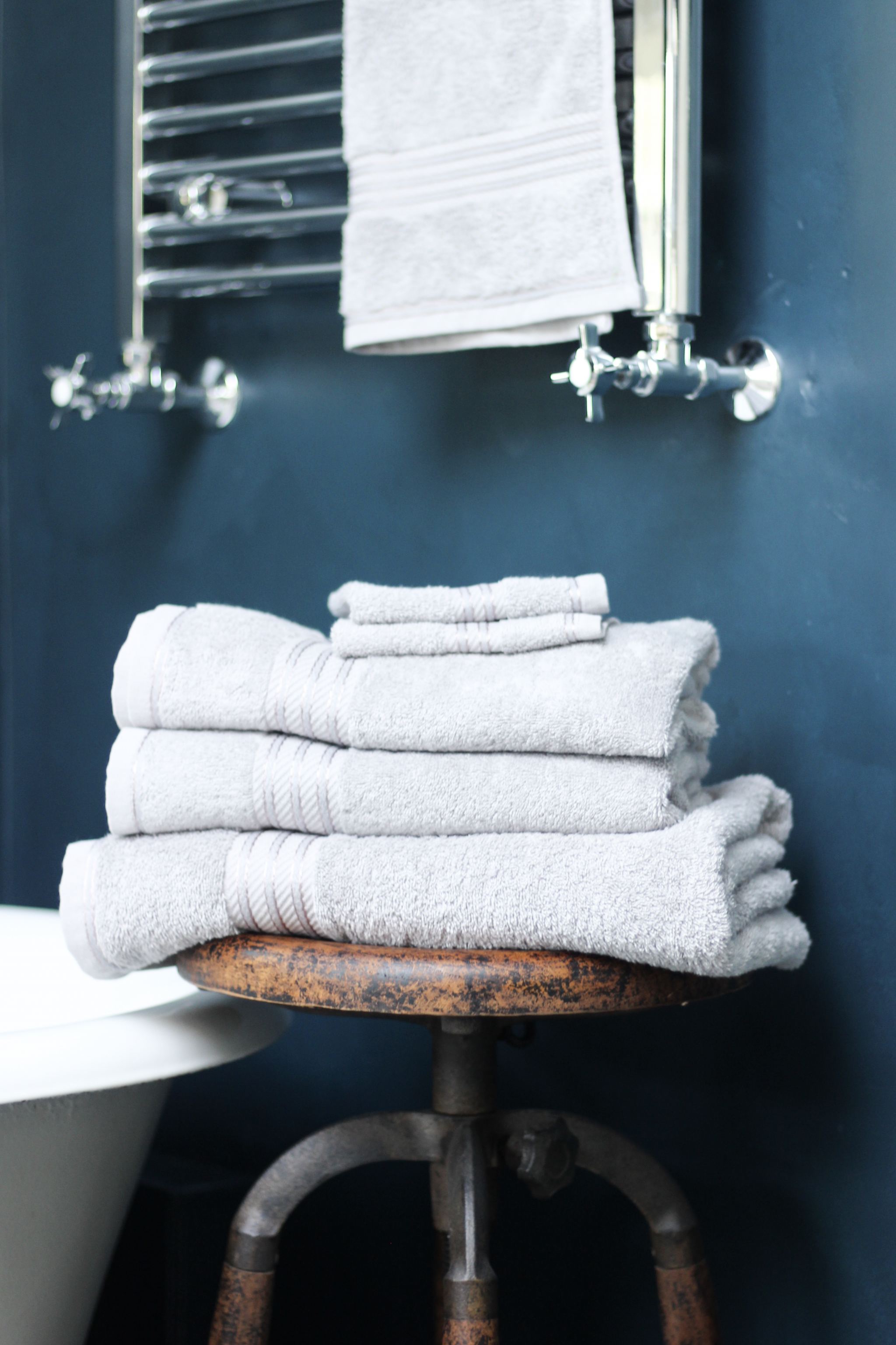 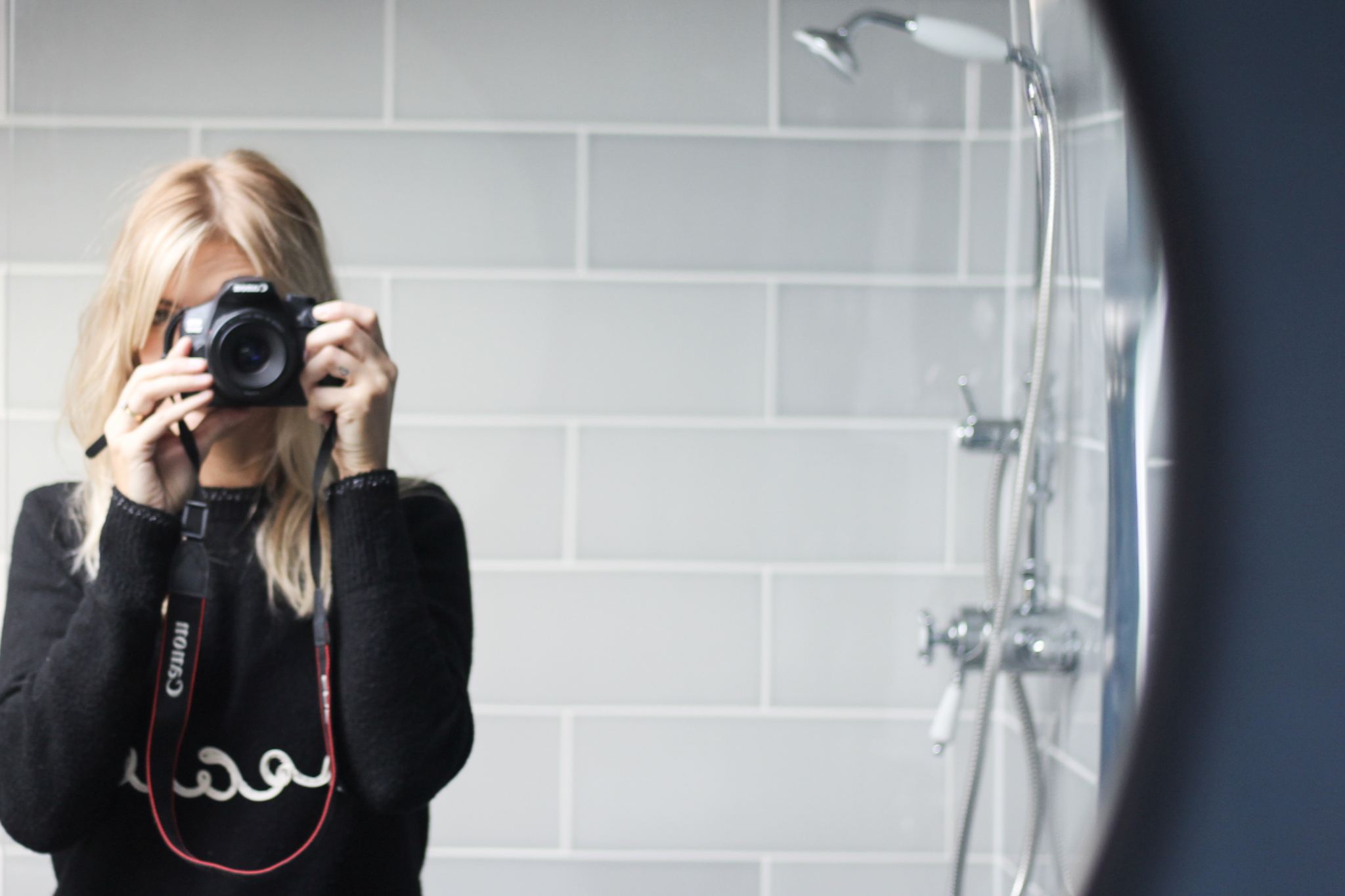 We kept our original bath, toilet and sink but bought new taps from Victorian Plumbing. I feel so relieved that it is all finished and actually this room is my favourite! If you want to have a look at the other bathroom makeover post it is here.

I would love to know what you think! Especially about the bolder colour choice!