Yes this post is about a bin. The last few months the desire to have this bin has taken over my life. My best friend has had it for a while and after going over to her house and sneakily opening and closing it I couldn’t help coming away feeling like my bin (and all other bins) just didn’t cut it anymore.

I totally get people out there thinking £219 for a bin is just ridiculous. I was like ‘you can buy a car for that!’ when I first saw the price. It turns out that actually you can’t buy a car for that and actually the bin is worth every penny.

The bin is by Joseph Joseph and the main reason that I fell in love with it (33yrs old and in love with a bin) is because it has a separate compartment for recycling as well as food waste. In fact you can use the three seperate compartments however you wish. Maybe if you don’t have children the bottom draw could be for storing your money. I’m pretty sure I had loads of money before the boys came along. Money and Topshop shoes. 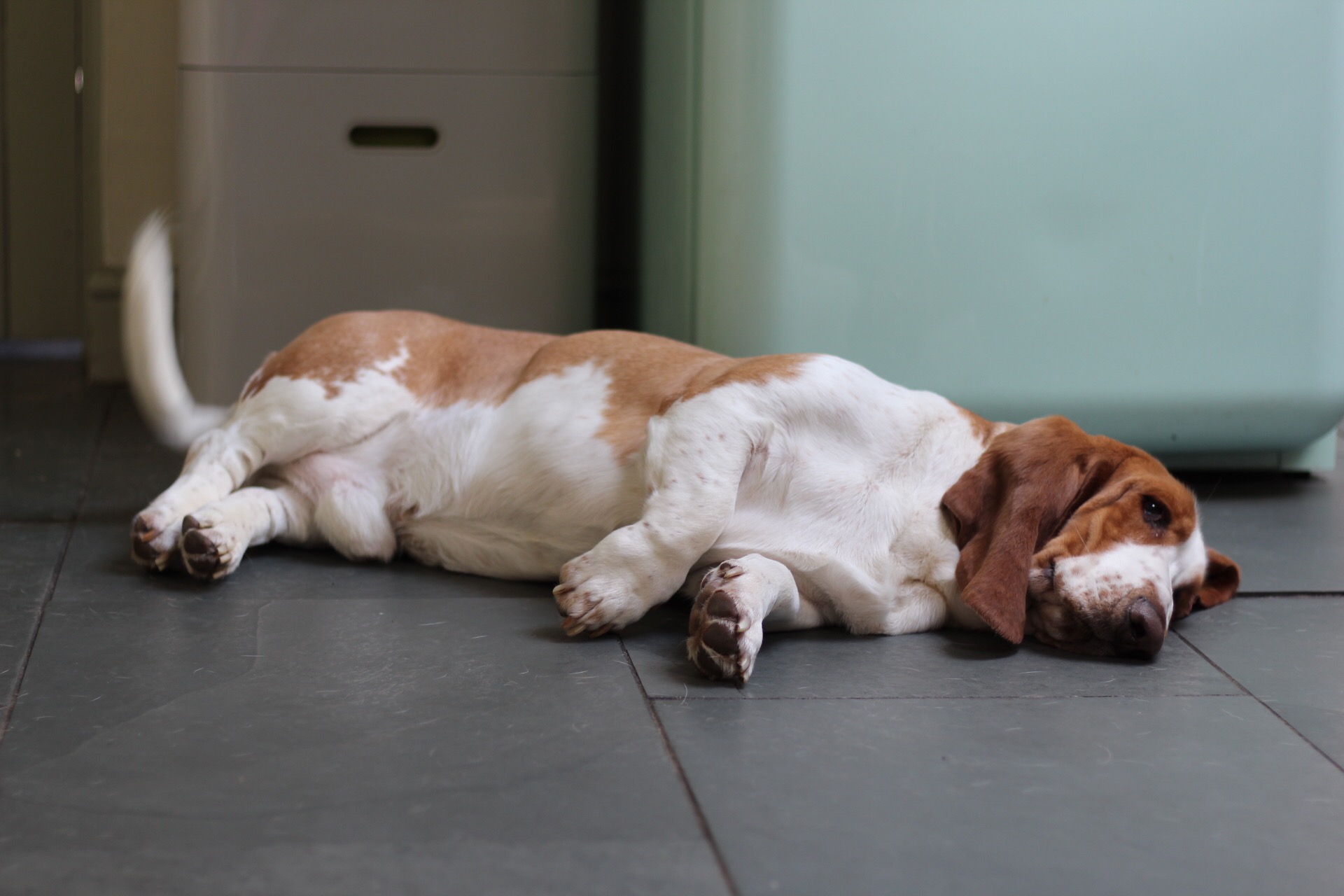 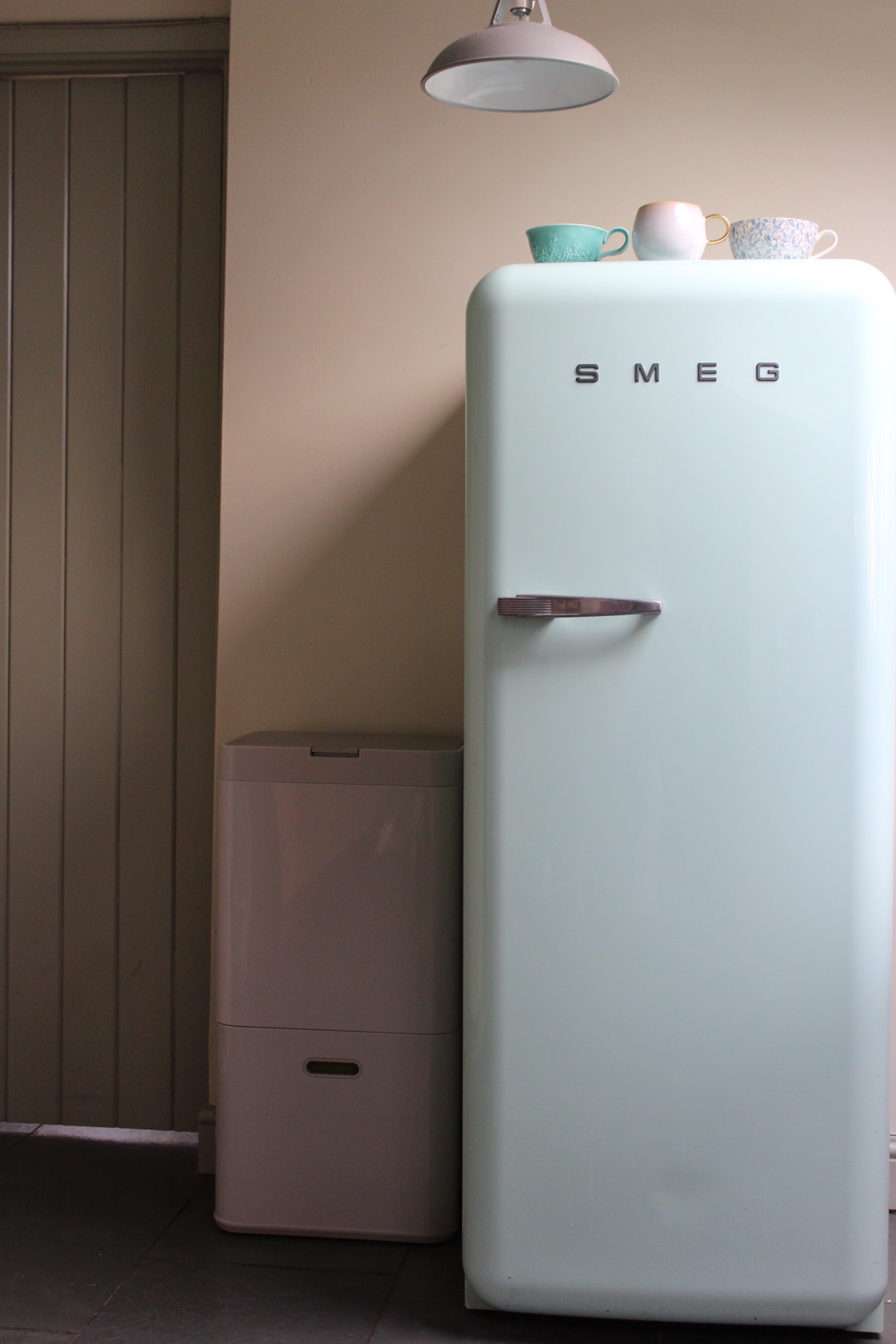 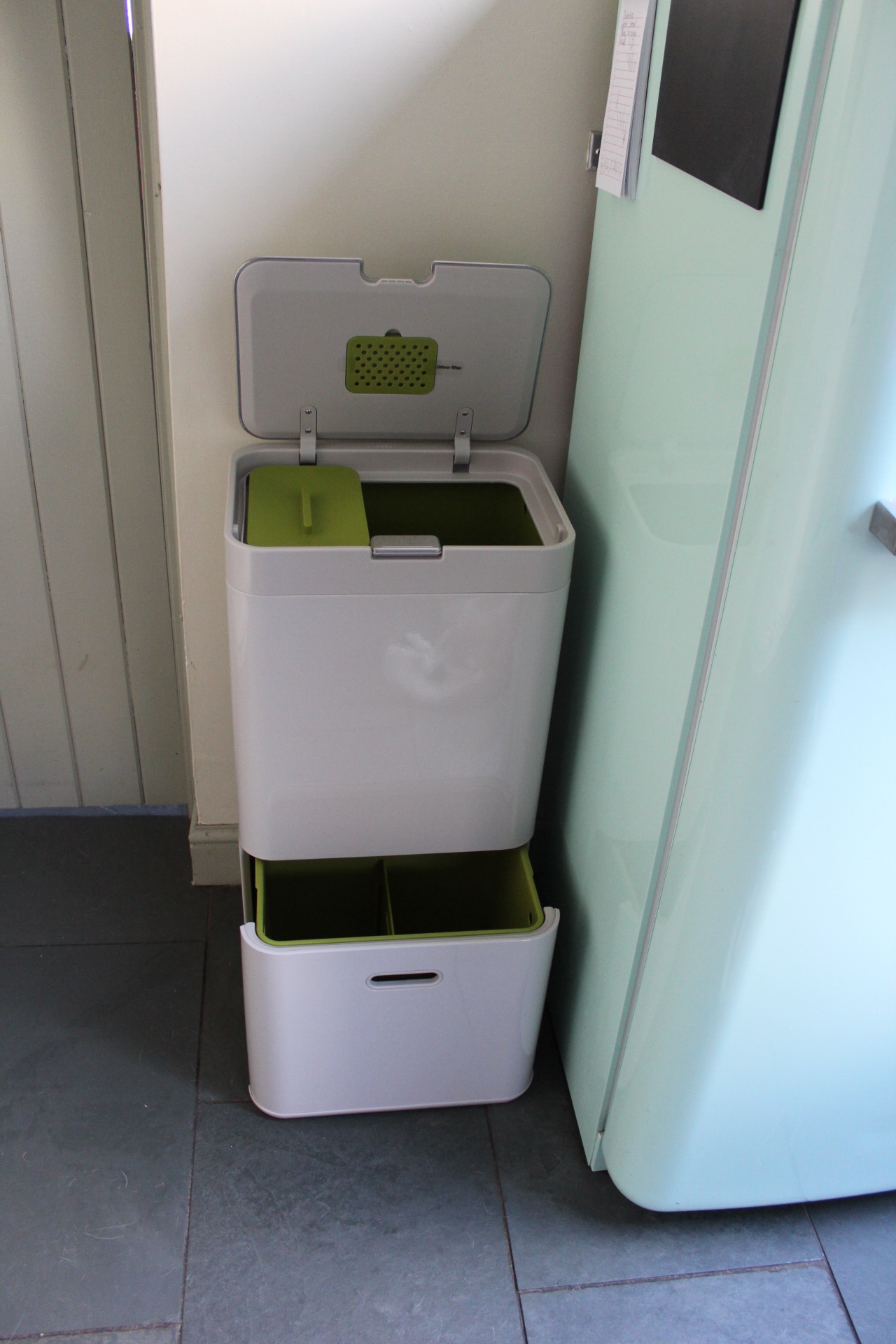 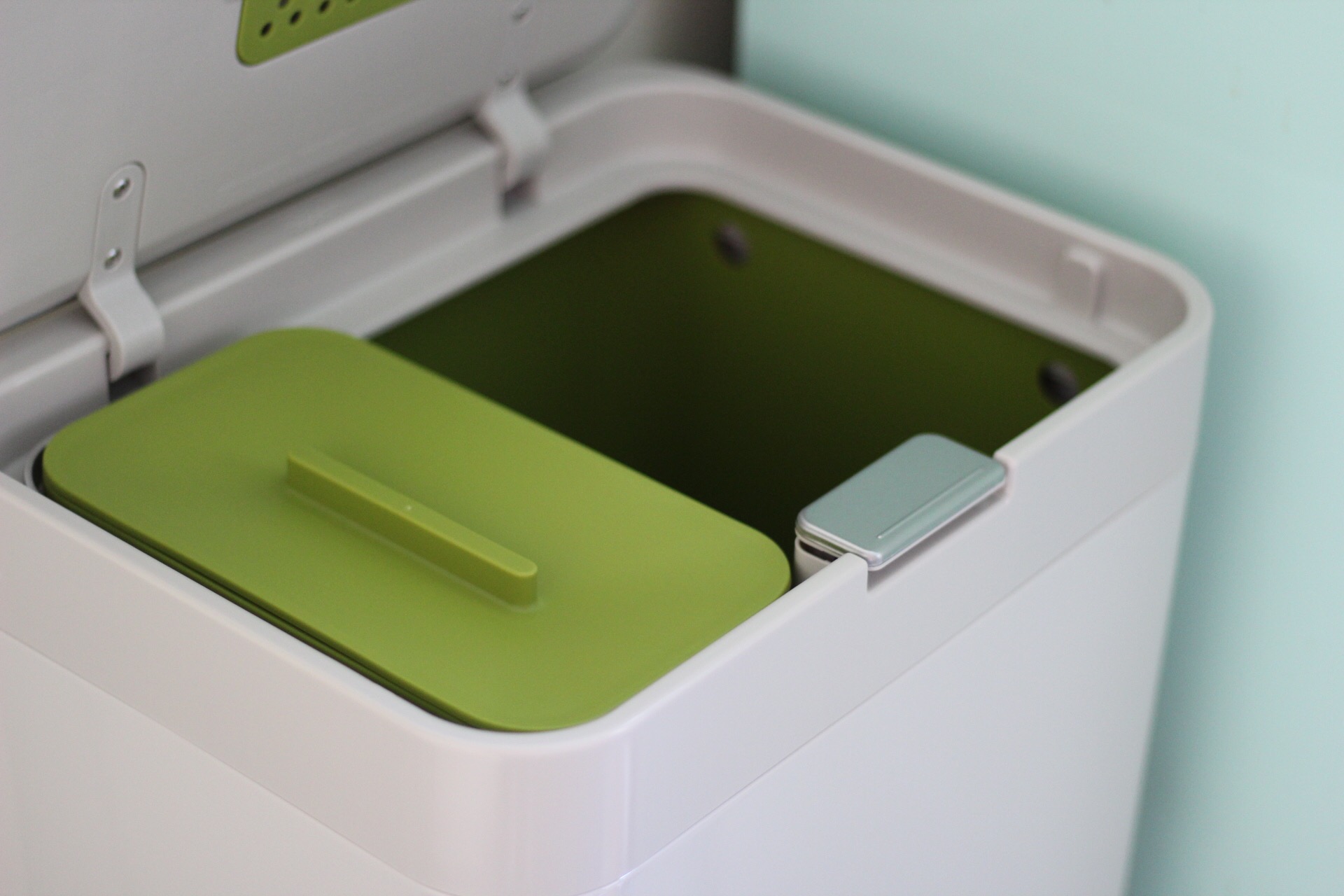 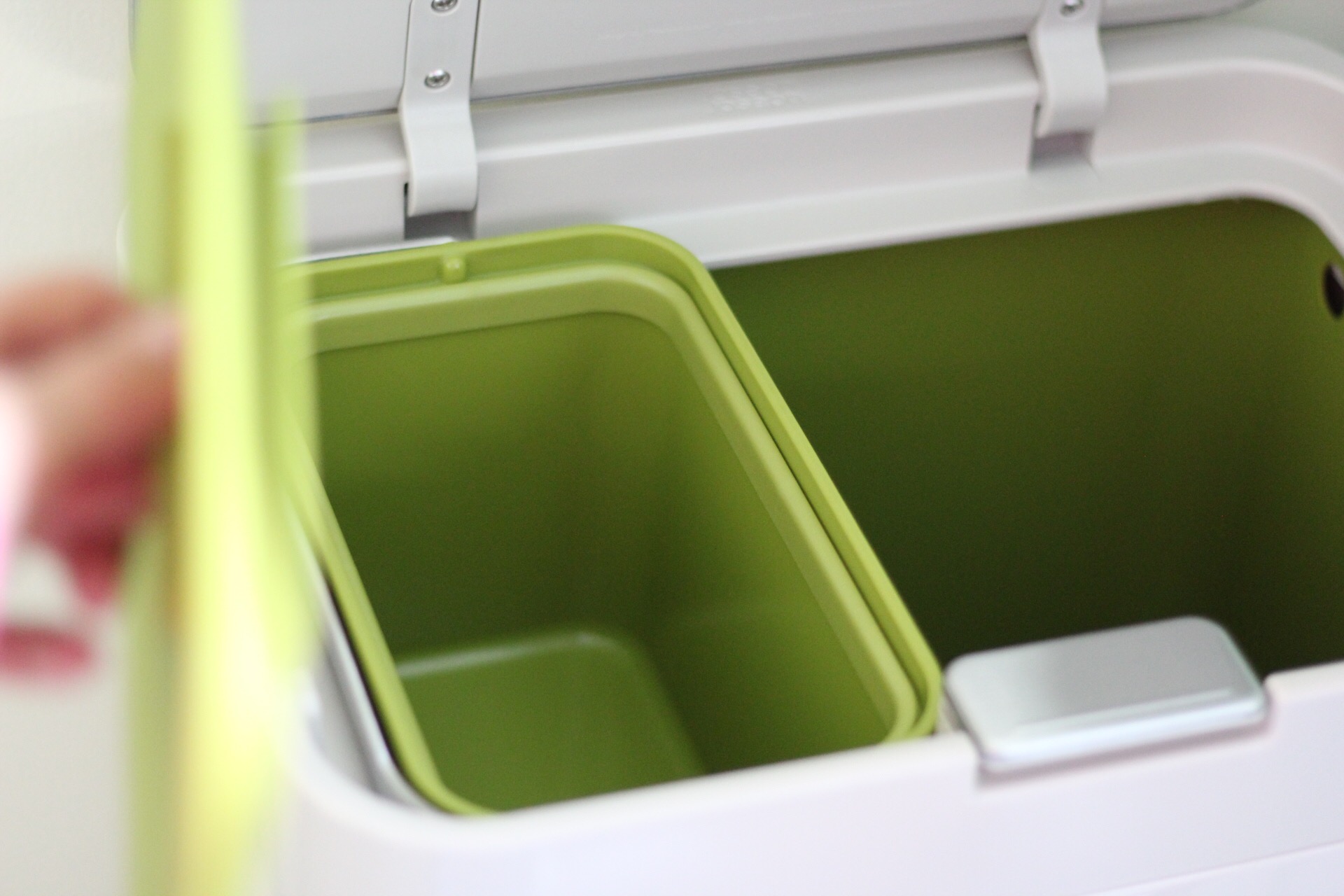 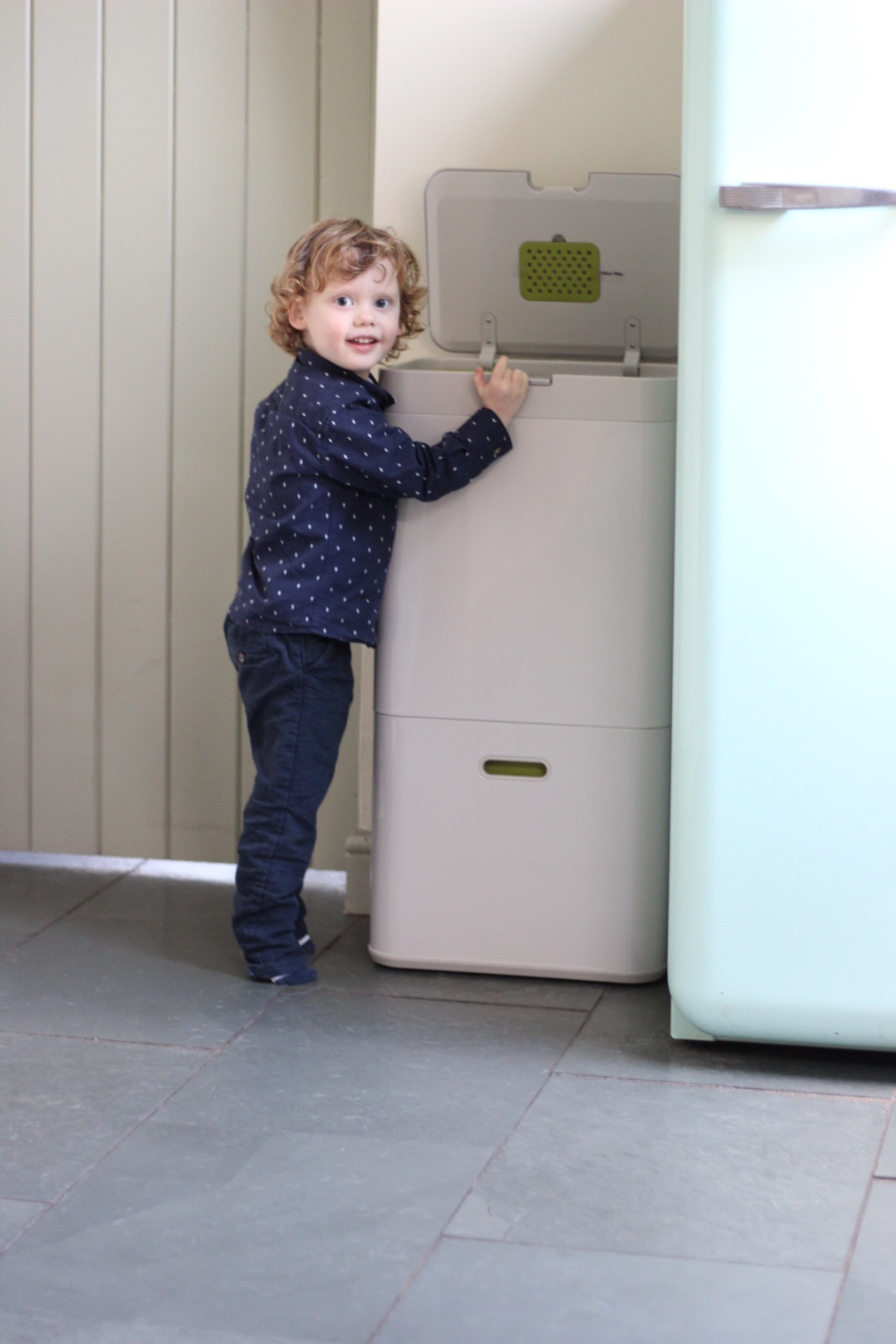 Anyway to cut a long story short Si wasn’t convinced the bin would change our lives the way I just knew that it would and didn’t give me the all clear to buy it.

Let’s not focus on the small details of being told no because the bin is here now and my reluctant husband has spent the last 15 mins sneakily opening and closing it. Only to come and find me to tell me he gets it now. He too is in love with a bin.

So far the novelty of the bin has meant that the boys have actually been throwing away their own rubbish instead of just handing it to me to deal with. Although this probably doesn’t sound like much it has made a big difference to the never ending circle of tidying up after kids. We are only one day in and I expect normal service will be resumed soon though.

I love that to me it doesn’t really look like a bin, it has seamlessly fitted into our kitchen. The builders will be finishing off the extension this week and hopefully the bin will be move to its new corner soon. It will still be sat next to his best friend Mr Smeg.

Im so happy with my new love! You will be relieved that I will stop talking about it now!